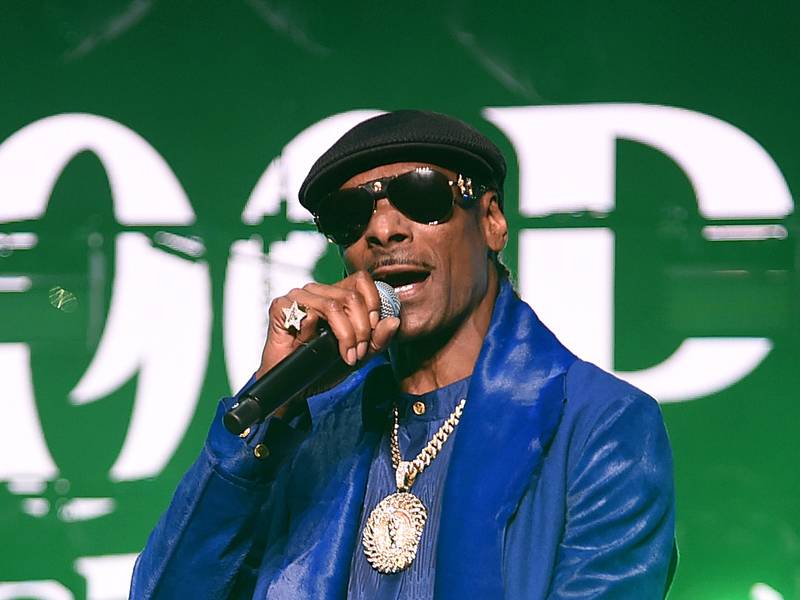 Oprah Winfrey has been catching some heat lately for her connection to a documentary about one of Russell Simmons’ sexual assault accusers.

The talk show host mogul has been accused of repeatedly going after black men in the entertainment industry, while aligning herself with powerful white men such as disgraced Hollywood bigwig Harvey Weinstein.

On Thursday morning (February 6), Snoop Dogg set his sights on Oprah and shared a photo of her with Weinstein to his Instagram account.

“Did that fake ass micheal Jackson shit to tarnish his name with them lying ass kids and here she is with a known rapist smiling and laughing,” he wrote in the caption. “Fuck u and Gayle. Free bill Cosby.”

Did that fake ass micheal Jackson shit to tarnish his name with them lying ass kids and here she is with a known rapist smiling and laughing. Fuck u and Gayle. Free bill Cosby.

Snoop’s post is likely in response to a clip CBS This Morning posted of King speaking to WNBA legend Lisa Leslie earlier this week. During their conversation, King brings up Kobe Bryant’s 2003 sexual assault case and asks Leslie, a good friend of Bryant’s, if the allegations make his legacy “complicated” for her.

“It’s not complicated for me,” Leslie says. She later adds, “I don’t think it’s something that we should keep hanging over his legacy.”

.@WNBA legend @LisaLeslie told @GayleKing that Kobe Bryant's legacy is "not complicated" for her despite his 2003 rape accusation.

"I don't think it's something that we should keep hanging over his legacy." https://t.co/qj6MVvOaqX pic.twitter.com/9qtVORobLO

As a result of the clip, King received an onslaught of criticism online from people who believe the question was insensitive and inappropriate, including 50 Cent and Vivica A. Fox.

King went on a rant regarding the clip on Thursday morning and criticized CBS for publishing the clip “out of context.”

“I know that if I had only seen the clip that you saw, I’d be extremely angry with me too,” King said. “I am mortified. I am embarrassed and I am very angry. Unbeknownst to me, my network put up a clip from a very wide-ranging interview — totally taken out of context — and when you see it that way, it’s very jarring. It’s jarring to me. I didn’t even know anything about it.”

#GayleKing speaks. And clarifies on her interview with Lisa Leslie about Kobe's court case. But, yall probably don't care. Yall like being mad about something. pic.twitter.com/XkljhhkhXF

King went on to explain why she brought the case up.

“We talked about that court case because that court case has also come up,” she continued. “And, I wanted to get Lisa’s take on it as a friend who knew him well, what she thought, where that should stand. It was very powerful when she looked me in the eye, as a member of the media, to say, ‘It’s time for the media to leave it alone and to back off.'”

She added, “I felt really good about the interview … so, for the network to take the most salacious part when taken out of context, and put it up for people who didn’t see the whole interview, is very upsetting to me and that’s something I’m going to have to deal with them. There will be a very intense discussion about that.”

King ended her diatribe with “no disrespect intended” — but clearly Uncle Snoop isn’t having it.