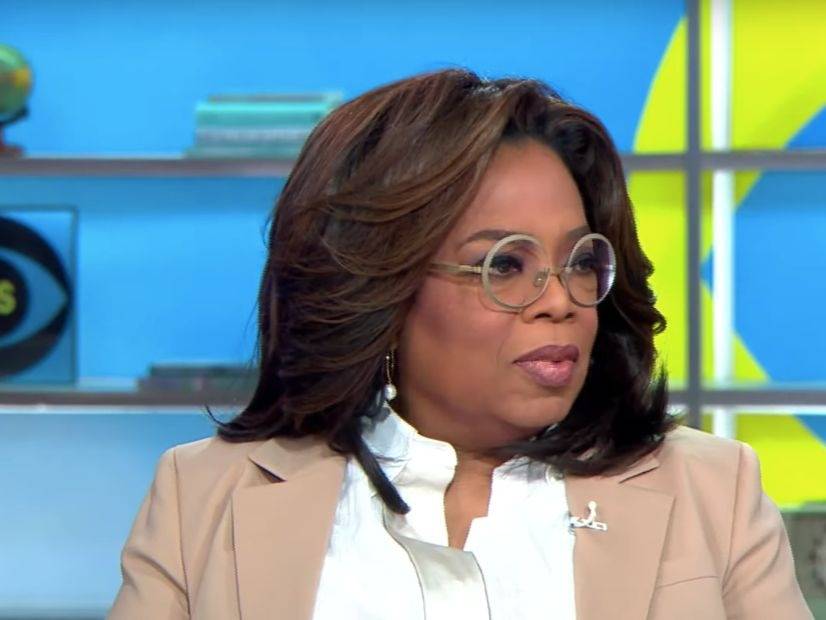 Oprah Winfrey stepped down from her role as executive producer on a forthcoming documentary about Russell Simmons earlier this month. The doc, titled On The Record, reportedly centers around Simmons’ sexual assault accuser Drew Dixon.

On Tuesday’s (January 21) episode of CBS This Morning, the talk show host mogul clarified her separation from the project has nothing to do with Simmons, despite receiving both “public and private” pressure to abandon her role.

Simmons was vocal about his disdain surrounding Winfrey’s initial involvement. In a lengthy Instagram post, the Def Jam Recordings co-founder explained he was blindsided due to their longstanding friendship.

“Dearest OPRAH, you have been a shining light to my family and my community,” he began. “Contributing so much to my life that I couldn’t list a fraction of it in this blog. I have given you the gift of meditation and the groundbreaking book ‘THE POWER OF NOW’ we bonded to say the least. This is why it’s so troubling that you choose me to single out in your recent documentary.”

Dearest OPRAH,you have been a shining light to my family and my community. Contributing so much to my life that I couldn’t list a fraction of it in this blog.Ihave given you the gift of meditation and the groundbreaking book”THE POWER OF NOW “we bonded to say the least. This is why it’s so troubling that you choose me to single out in your recent documentry. I have already admitted to being a playboy more (appropriately titled today “womanizer”) sleeping with and putting myself in more compromising situations than almost any man I know. Not 8 or 14 thousand like Warren Beatty or Wilt Chamberlain, but still an embarrassing number. So many that some could reinterpret or reimagine a different recollection of the same experiences. Please note that ur producers said that this upcoming doc was to focus ONLY on 3 hand chosen women. I have refused to get in the mud with any accusers, but let’s acknowledge what i have shared. I have taken and passed nine 3-hour lie detector tests (taken for my daughters), that these stories have been passed on by CNN, NBC, BUZZFEED, NY POST, NY MAG, AND OTHERS. Now that you have reviewed the facts and you SHOULD have learned what I know; that these stories are UNUSABLE and that “hurt people hurt people”. Today I received a call from an old girlfriend from the early 1980s which means that they are using my words/evidence against me and their COMMITMENT/ (all of the claims are 25 to 40 years old) It is impossible to prove what happened 40 years ago, but in my case proof exists of what didn’t happen, mostly signed letters from their own parents, siblings, roommates, band members, interns, and in the case of 2 of your 3 accusers,their own words in their books. Shocking how many people have misused this important powerful revolution for relevance and money. … In closing, I am guilty of exploiting, supporting, and making the soundtrack for a grossly unequal society, but i have never been violent or forced myself on anyone. Still I am here to help support a necessary shift in power and consciousness. Let us get to work on uplifting humanity and put this moment and old narrative behind us

Shortly after Simmons’ post, Winfrey announced she parted ways with the documentary’s directors over creative differences. According to TMZ, she believed more work was needed to “illuminate the full scope of what the victims endured.”

She added, “It has become clear that the filmmakers and I are not aligned in that creative vision.”

“Revealing hard truths is never easy, and the women in our documentary are all showing extraordinary strength and courage by raising their voices to address sexual abuse in the music industry,” Dick and Ziering told Deadline last week. “While we are disappointed that Oprah Winfrey is no longer an Executive Producer on the project, we are gratified that Winfrey has unequivocally said she believes and supports the survivors in the film.”

On The Record is expected to debut at the Sundance Film Festival on Saturday (January 25) in Park City, Utah.