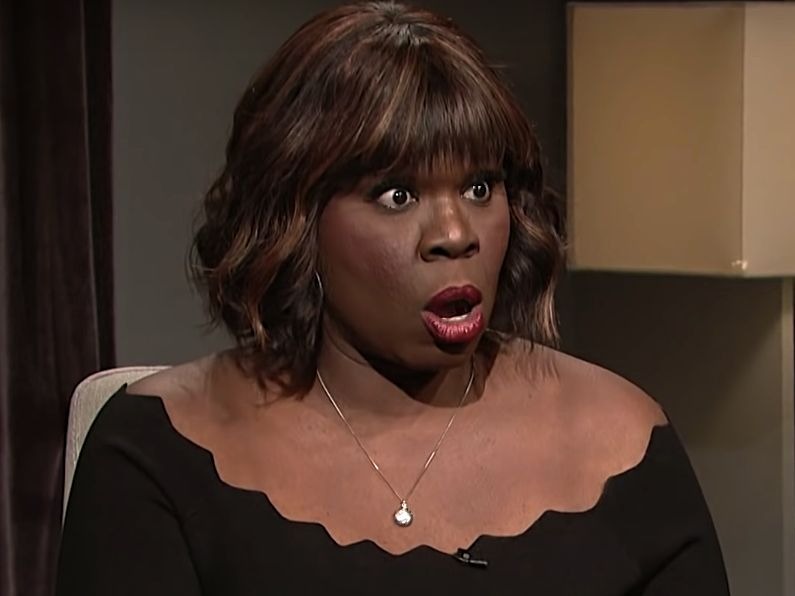 With a brown McDonald’s bag by his side, Kenan Thompson took on the role of R. Kelly for Saturday’s (March 10) cold open of Saturday Night Live. For this particular episode, the long running comedy sketch show tackled Kelly’s dramatic interview with CBS This Morning co-host Gayle King.

At the beginning of sketch, Thompson’s character asks to be called “victim,” but Leslie Jones (who plays King) refuses. From there, she jumps into her line of questioning, which includes asking why he agreed to the interview in the first place.

“Because people think I’m some kind of a monster,” he replies. “I’m here to remove all of that. My lawyer was telling me no, but my ego — it was telling me yes.”

Throughout the sketch, the SNL writers consistently mock Kelly for his perceived lack of intelligence, something his former attorney Ed Genson mentioned in a recent interview with the Chicago Sun-Times. “He’s not very bright,” Genson said.

Elsewhere in the skit, Thompson’s character periodically breaks into song, bringing the interview to a halt. During the original CBS interview, Kelly jumped out of his seat and had to take a break to regain composure, which Thompson expertly recreated.

Jones’s character also brings up the $161,633 he owed in unpaid child support as well as the damning Lifetime documentary, Surviving. R. Kelly.

Twitter, of course, had its opinions on the sketch.

When R. Kelly saw that #SNL was making fun of him in their cold open pic.twitter.com/KDDgYgBqlM

#SNL got it right. ?R.Kelly the crim that got caught parody ?? pic.twitter.com/ADb8zrIrps

SNL did the R.Kelly skit and they gave that man some McDonald’s sprite out of a bottle. He is Lucifer pic.twitter.com/SO625YiYqy