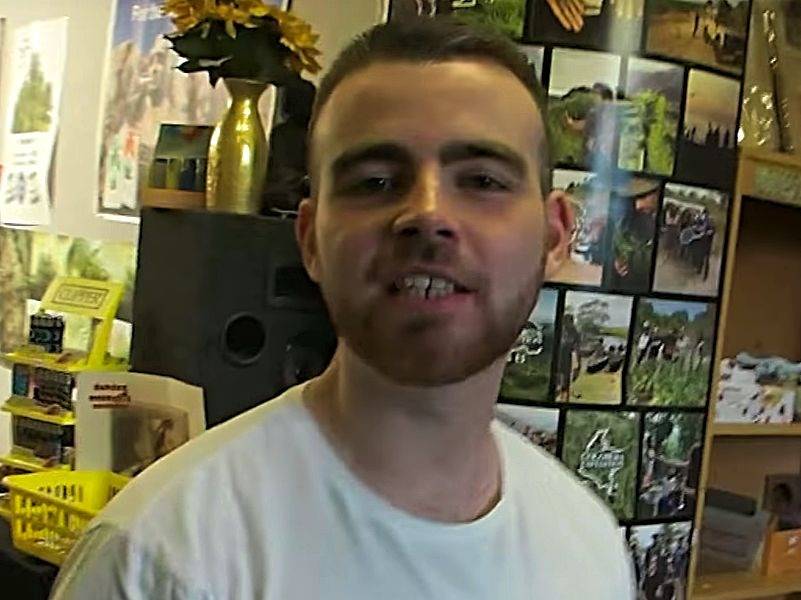 Dundee, Scotland – A Scottish rapper named Darren Stewart thinks Eminem could’ve stolen the concept for Music To Be Murdered By from him. According to the Evening Telegraph, Stewart says he released a single called “Music To Be Murdered By” five years ago that also samples Master of Suspense Alfred Hitchcock — just like Shady’s new album.

“When I heard the Hitchcock samples, the same title and release date I did start to get a little freaked out,” Stewart said. “He is one of my idols and it could well be a coincidence but you do hear stories of richer artists with louder fan bases getting away with that sort of thing.”

Stewart, who goes by the rap moniker Zee The Dungeonous, collaborated with Em’s childhood friend and former D12 member Bizarre on a 2013 song called “Murder Zee Wrote,” making him even more suspicious of the perceived “coincidence.”

“I had a guest feature from Bizarre on my album, who I met after a concert in Glasgow in 2008, which I released two years before ‘Music to be Murdered By,’ which was called ‘Murder Zee Wrote,'” Stewart said. “People started contacting me thinking about the similarities between the works and that’s what got me thinking.

“We have our connections to D12 and it doesn’t put it too far out of the realm of possibility that Eminem, through Bizarre, heard my track, dug for the sample I used, and took the concept.”

Since the January 17 release of Em’s Music To Be Murdered By album, Stewart has attempted to reach both Bizarre and Shady.

“I’ve tweeted Eminem about it and also contacted Bizarre,” he added. “I wouldn’t say I was annoyed, if it’s straight-up coincidence then I would be amazed. He is a hero of mine and if it’s not a coincidence I’m genuinely flattered by it all.”

But in a recent Facebook post, Stewart backpedals on the claim and writes, “Being real I don’t actually believe Eminem stole my track. Even with the D12 connection, it’s off his radar. But its still a series of mad coincidences right down to the release date.”

Capitalizing on his 15 (or perhaps 5) minutes of fame, Stewart uploaded “Music To Be Murdered By” on his YouTube channel on Wednesday (January 22). He wrote in the caption, “Before Eminem flipped the hitchcock sample there was.. ‘MUSIC TO BE MURDERED BY.'”