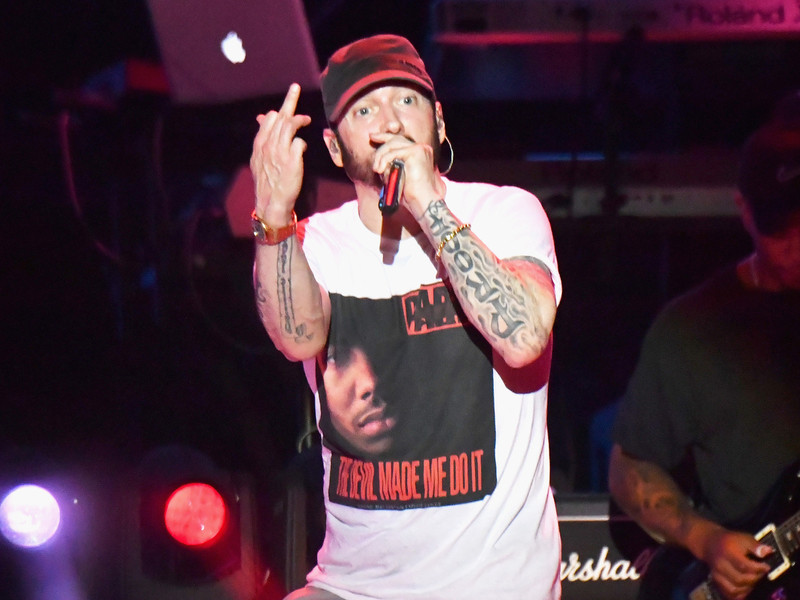 Eminem has penned an open letter to his listeners and critics following the surprise release of Music To Be Murdered By, Slim Shady’s 11th studio album.

He released the letter via Twitter on Thursday (January 23), which begins with a line from 2001’s “Renegade” off JAY-Z’s sixth studio album The Blueprint (it was later included as a bonus track on Em’s Curtain Call: The Hits in 2005).

“‘Cause, see, they call me a menace and if the shoe fits, I’ll wear it. But if it don’t, then y’all will swallow the truth, grin and bear it.”

From there, Em proceeds to address both the ‘gentle’ listeners and ‘victims’ of the album in true Alfred Hitchcock fashion.

“In today’s wonderful world murder has become so common place that we are a society obsessed and fascinated by it,” he writes. “I though why not make a sport of it, and murder over beats? So before you jump the gun, please allow me to explain. This album was not made for the squeamish. If you are easily offended or unnerved at the screams of bloody murder, this may not be the collection for you.

“Certain selections have been designed to shock the conscience, which may cause positive action. Unfortunately, darkness has truly fallen upon us. So you see, murder in this instance isn’t always literal, nor pleasant. These bars are only meant for the sharpest knives in the drawer. For the victims of this album, may you rest peacefully. For the rest of you, please listen more closely next time. Goodnight!”

The letter is signed “With deepest sympathy, Shady” at the bottom with two drops of blood dripping from the top, his signature backwards “E” logo accented by a butchers knife serving as part of it.

Par for the course, Em’s latest project has faced criticisms. The Manchester mayor called “Unaccommodating” featuring Young M.A “deeply disrespectful” due to a line that appeared to make light of the deadly 2017 bombing that took place at an Ariana Grande concert.

“I’m contemplating yelling ‘bombs away’ on the game/Like I’m outside of an Ariana Grande concert waiting,” he raps.

Music To Be Murdered By is poised to be Eminem’s 10th consecutive No. 1 on the Billboard 200 chart.

If it does indeed claim the top spot as predicted, it will make Em the first artist in chart history to ever accomplish that feat. He’s currently tied with Kanye West at nine.