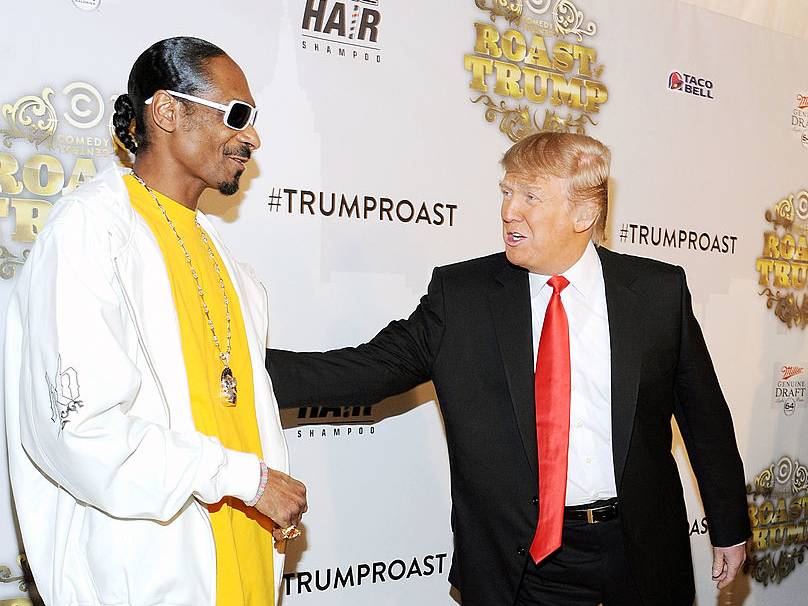 It’s been nearly a year since Snoop Dogg‘s last stab at Donald Trump, but the veteran MC shared a throwback to an even earlier time – way back in 2011 – when he roasted the property tycoon-turned reality TV star about his White House ambitions.

The Instagram clip, posted on Thursday (January 2) and taken from The Comedy Central Roast of Donald Trump, features the D-O Double G slinging prime-time insults at the future president.

“Now, from me to you, Donald, I wish I had half of your money,” Snoop begins. “But for that, you need a twenty year old’s pussy and a divorce lawyer.”

The coup de grâce comes next, as The Doggfather delivers a striking jab that contains an eerie amount of truth, considering that Trump would become commander-in-chief nearly six years later.

“Donald says he wants to, uh, run for president and move into the White House,” Snoop declares. “Why not? It wouldn’t be the first time you pushed a black family out of their home.”

Over the years, Snoop has reiterated his anti-Trump stance, becoming one of Hip Hop’s most vocal opponents of the president. In 2017 he released a video depicting a mock assassination of Trump, as well as an Ice Cube Death Certificate-inspired artwork showing the president’s corpse.

Since then, Snoop has dialed back the violent tone, opting to combat Trump with positivity instead. Early last year, Snoop posted a photoshopped Lego box showing Trump building a wall out of Legos, in response to the president’s speech on border control.