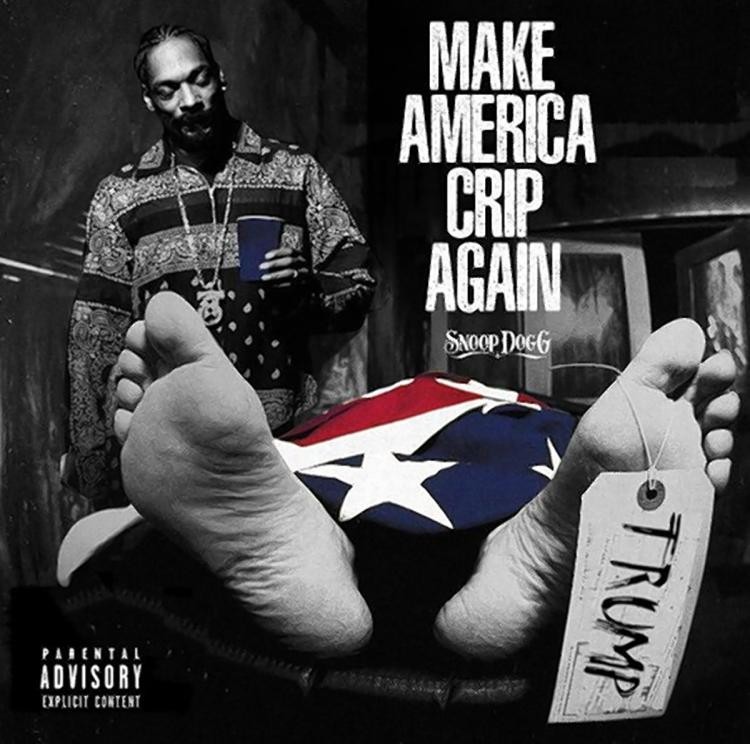 Snoop Dogg isn’t backing down from his feud with Donald Trump.

After causing controversy earlier this year with his “Lavender” music video and provoking a response from the president, The Doggfather ramped things up by recreating Ice Cube’s Death Certificate album cover. In this reimagined version, Snoop replaced Uncle Sam’s corpse with Trump’s body.

The D-O-Double G shared the artwork, which is an alternate cover for his recently released Make America Crip Again EP, on Wednesday (November 1) via Instagram. The post didn’t include any caption.

The decision to recreate Ice Cube’s Death Certificate cover with Trump is another bold move from Snoop, who has portrayed a mock assassination of “the president” in a music video. Death Certificate’s cover was so controversial at the time of its release (October 29, 1991) that it was banned in Oregon.

Snoop’s handiwork has already garnered the attention of political outlets and the president’s Twitter fingers are always on high alert, so this artwork probably won’t fade away easily. Comedian Kathy Griffin faced a wave of criticism this past summer when she posed for a photo depicting her holding the decapitated head of the president.

At the time of this story’s publishing, Trump has not commented on Snoop’s latest jab. It may just be a matter of time though, as he reacted to “Lavender” just three days after the video was published.

“Can you imagine what the outcry would be if @SnoopDogg, failing career and all, had aimed and fired the gun at President Obama?” he tweeted on March 15. “Jail time!”