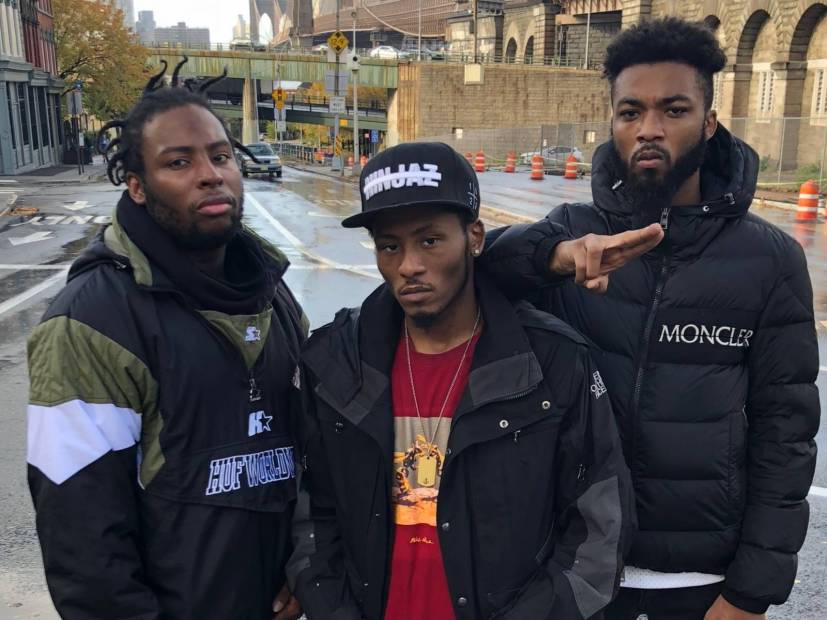 Shortly after unveiling their inaugural single “7.O.D,” the boys are back with a lyric video for the track. The visual spotlights exclusive footage of them running around New York City, firing off their respective verses.

The song itself cleverly borrows from Wu-Tang Clan’s classic “C.R.E.A.M,” flipping Wu-Tang’s original hook into “God made everything around me/Forget about the money/None of it is real y’all.”

In a recent interview with HipHopDX, iNTeLL explained how the timing for the group finally felt right — but fame and glory isn’t exactly the objective.

“Not on some like, ‘Yo, we’re a group. Let’s be the Wu and let’s be famous’ and all that shit. But when we were young, it was like, ‘Yo, I just want to make music with my family and have fun.’ I was like, ‘I’m doing it, you all should be doing it. It’s keeping us occupied and keeping us away from other nefarious activities, so let’s get together.'”

While it must be mildly intimidating to follow in the footsteps of some of the most prolific MCs Hip Hop has even seen, they’re ready for the challenge.

“I feel like, ‘Yo, this is our time,'” iNTeLL adds. “We’ll be the leaders. We’ve been doing it for so long, we have the foresight and the knowledge. Let’s pull the younger ones in with the guidance and the knowledge that we have. It’s just culminated into all of us coming into the studio, making music and then giving birth to the record. It came about through the chaos and confusion, which there was a lot of — just like the real Wu, surprisingly.”

New music from 2nd Generation WU is expected to arrive in December and at the top of 2020. Until then, check out the “7.O.D” video above.