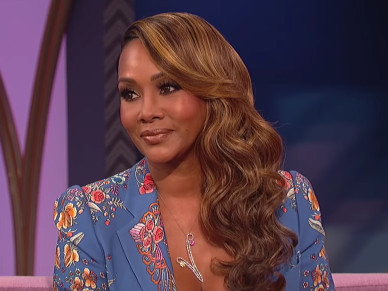 Vivica A. Fox Disses The Thought Of A 'Set It Off' Remake

Vivica A. Fox is not a fan of Issa Rae’s forthcoming remake of the 1996 cult classic film Set It Off.

When asked about her thoughts on Rae’s reimagining on Entertainment Tonight Fox spurned the idea. “Leave it alone, there’s absolutely no reason to try to re-do it,” she said. “It’s been done and we did it so well that people are absolutely going to compare it to that and I think that’s her taking on a tremendous chore because that film has become a cult classic and some things are just better left.”

The original Set It Off, directed by F. Gary Gray, took in a hefty $41 million gross on a $9 million budget at the box office. In the film, Vivica A. Fox, Jada Pinkett Smith, Queen Latifah, and Kimberly Elise star as four best friends who embark on a journey robbing banks successfully around the Los Angeles area.

Fox continued with her thoughts of remaking the film, and reboots in general, advising the actress to tap into the creative juices she’s shown on her hit show Insecure. “If you want to do a new film of girls robbing banks, create your own thing,” Fox says in the clip. “I don’t think there’s anything wrong with it if they do something that goes into the next chapter of the story. It’s when they try to recreate it and it’s already been done and that magic’s been captured in a bottle. It’s very hard to capture that.”

Check out the interview in full above.