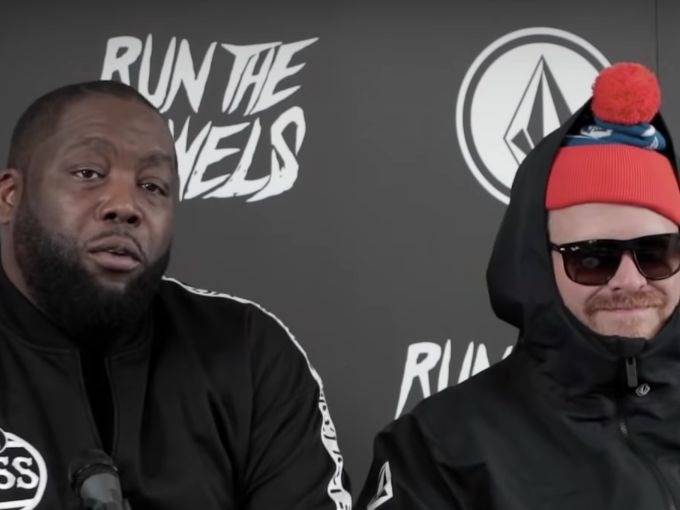 Written by comedian/musician and El Producto’s wife Emily Panic, the ad features a phony press conference starring Killer Mike as a coach and El-P as an overconfident “snowboarder” who actually has no idea how to shred but is determined to be on the team.

Shaquille O’Neal and comedian Tim Robinson also make appearances — with the former starring as a skeptical fan and the latter playing the “United States Commissioner of Snowboard” whose scene ends with his signature line, “I am Kazaam!”

“I just know the guys really well and I’m familiar with their comedy dynamic so I wrote for that,” Panic tells HipHopDX. “I thought it would be funny to have Mike speaking in platitudes and Jaime [El-P] being overly confident about competing in a sport that he has no experience with.

“I’m a big fan of Tim and Shaq too, so I just wrote something I thought would be fun for them and overall funny and surreal. And Volcom was cool and ran with my weird script.”

Watch the ad above.