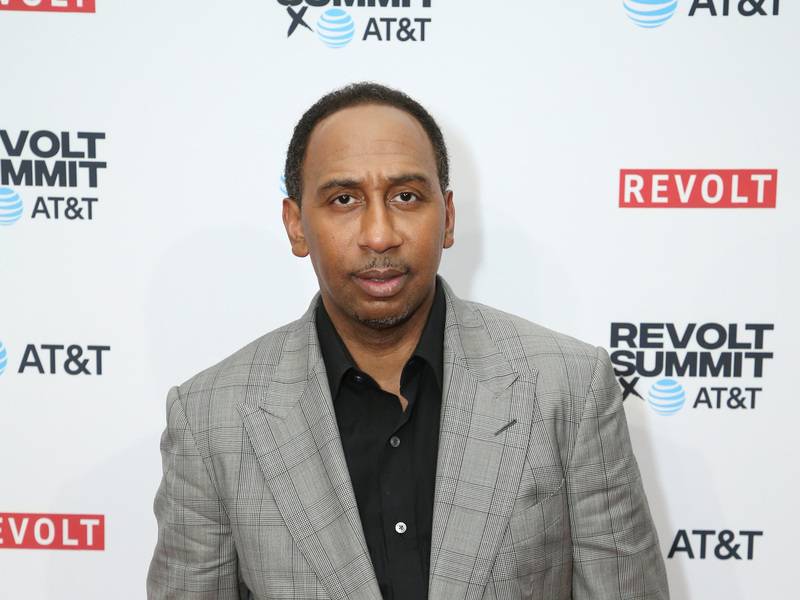 JAY-Z’s partnership with the NFL sparked backlash earlier this year, but ESPN’s Stephen A. Smith believes Hov’s alliance with the league is why Colin Kaepernick is getting an opportunity to work out for teams.

After Kaepernick confirmed he’ll have a NFL-organized workout in Atlanta on Saturday (November 16), Smith speculated JAY-Z’s been making moves out of the public eye to facilitate Kap’s return to football.

“To me the name that comes to my mind is JAY-Z,” the sports pundit said. “Why? Because JAY-Z meets with Commissioner Roger Goodell. At that particular moment in time, he’s excoriated. All of a sudden, Hov, who everybody loved, a whole buncha folks turned against him, accusing him of selling out, turning in his black card and all of this ridiculous nonsense. And what did he say? He said listen, folks are gonna work behind the scenes.”

This is exactly what came to my mind the second I heard about Kaepernick and his upcoming NFL workout:

Smith continued, “[He] called the NFL office, called the Players Association, spoke to a whole bunch of people. Clearly there appears to be a collective effort that has taken place to include these teams with league participation and league approval, obviously. So, it appears to be something very, very serious and the only thing that can get in the way of Colin Kaepernick being back in the NFL is if he refuses to shut up and/or he goes out there and shows that he can’t play.”

Kaepernick has been out of the NFL for the past three seasons, becoming a free agent in 2017. The league is widely believed to have blackballed the former San Francisco 49ers quarterback for starting the national anthem protests, which saw him and other players kneeling while “The Star-Spangled Banner” played before games.

JAY-Z announced a partnership with the NFL in August. As part of the deal, Roc Nation became the league’s “live music entertainment strategist” and got involved in the NFL’s social justice initiative Inspire Change.

I’m just getting word from my representatives that the NFL league office reached out to them about a workout in Atlanta on Saturday. I’ve been in shape and ready for this for 3 years, can’t wait to see the head coaches and GMs on Saturday.

Two notes: 1. Jay-Z, a partner with the NFL on social justice, had some influence here. 2. This is not part of Kaepernick’s settlement, nor did he ask for this in his settlement. https://t.co/6l7z3MYJ5x