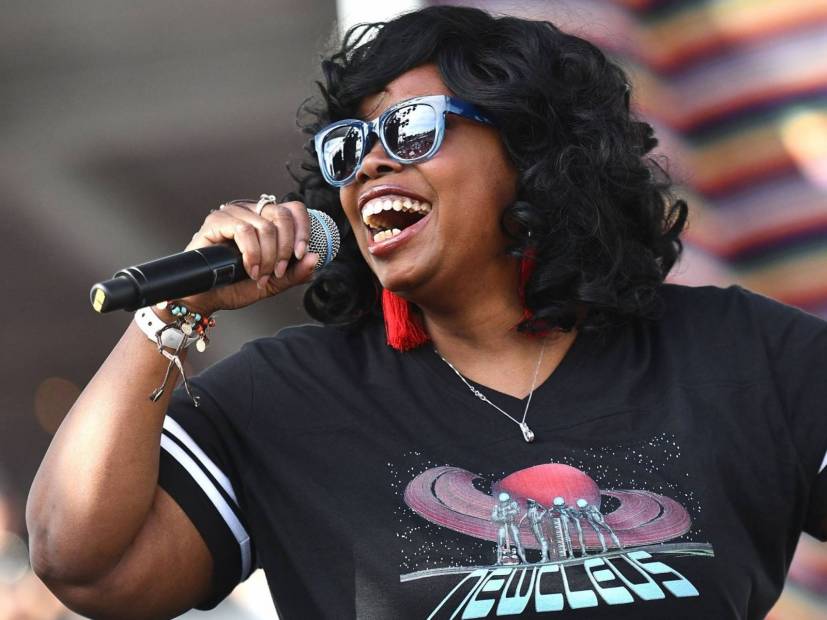 Brooklyn block parties were in full swing during the summer of 1979.

Ben “Cozmo D” Cenac and Yvette “Lady E” Cook ended up living two blocks away from each other in the Bedford-Stuyvesant neighborhood and ultimately joined forces with Monique Angevin and Bob “Chilly B” Crafton to form the electro Hip Hop outfit Newcleus.

There was an undeniable magic about that period of time that would help define the next four decades.

Cozmo and Lady E eventually married, a storybook romance that has endured the ups and downs of the music business and everything in between, including Chilly B’s untimely death in 2010.

In August, Newcleus quietly released their first fully digital single, “Summer Of ’79,” in honor of that unforgettable time. It precedes the group’s upcoming album Jam-On-Returns — their first since 1985’s Space Is The Place.

“I actually wrote and did an earlier version of ‘Summer Of ’79’ quite a few years ago,” Cozmo D tells HipHopDX. “I was saving it to release with our new album, which I have been working on for a long time as well.

“However, I realized that this year marked 40 years since that amazing summer, as well as my 60th birthday, so I decided to release it to the public. In keeping with the times, this is our first fully digital release.”

Since Newcleus first emerged, Hip Hop has obviously experienced a myriad of changes. As someone who was there to witness the birth of an entire culture, Cozmo watched its evolution unfold — some changes he applauds, while others he finds disappointing. But he has hope.

“The most exciting for me recently has been the trend of making original beats and tracks, rather than everything being completely sample-based. Don’t get me wrong, I love sampling, but there is nothing like creating a dope ass beat completely from your heart, soul and ability.

“There are a large amount of rappers who seemingly try to sound like each other. Style biting used to be the greatest taboo in Hip Hop. Now, it seems to be both encouraged and rewarded. Even worse, it leads to a stagnation of flows and cadences, which are essential to moving the art form forward. I have faith though that this will change with time.”

Jam-On-Returns is expected to arrive sometime during the first quarter of 2020.

Until then, check out “Summer Of ’79” above and cop it here.