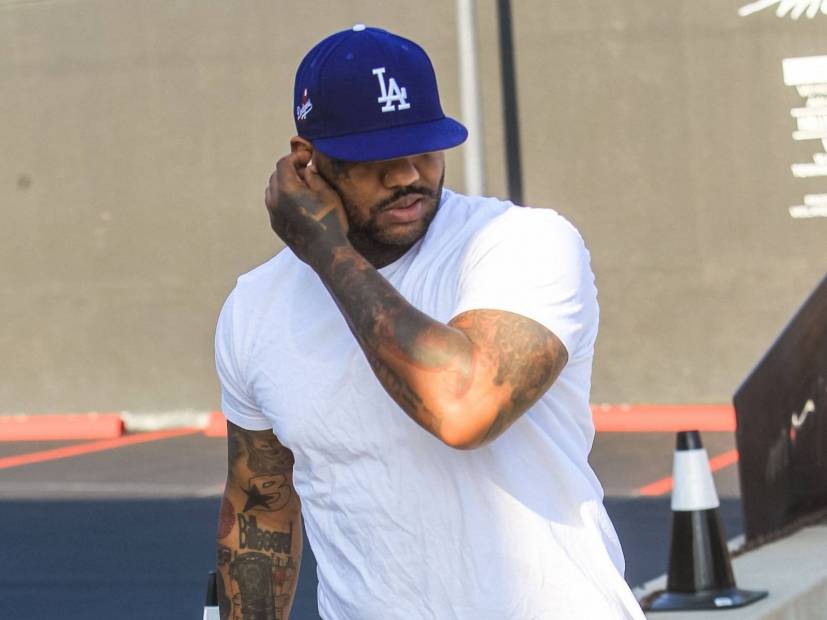 The Game Sets The Record Straight On His Nipsey Hussle Tributes

The Game is a fucking Clown trynna profit off Nipsey

The Game been corny af and doing the most since Nipsey death. Selling t-shirts and starting a record label called Prolific Records isn’t shocking he’s a clown 😒

On Thursday (October 17), the Game took to his Instagram Stories and insisted that wasn’t the case. He explained he even received a “blessing” from Nipsey’s brother and administrator of his estate Blacc Sam.

“The use of he word ‘Prolific’ by myself is only my way of helping to carry on my bro’s legacy,” he wrote. “Any merch that has been sold has my face on it, my albums is all pictures, logos etc are related to THE GAME. Out of the love for Nip, Blacc Sam, his immediate family etc I purposely did not include any pics of Nip nor his likeness & directed all traffic to The Marathon Clothing as I’ve done since bro’s passing.

He continued: “I’ve spoken closely to ‘Blacc Sam’ every step of the way & have had his blessing with things I’ve done to help honor bro’s name & continue his legacy. I’ve only done things I feel bro would’ve done to keep me going if I was no longer here in the physical. Before assuming, passing judgment, or running to the internet to be negative, DM me or hit me.

Since Nip’s March 31 murder, it’s been evident his death hit the Game hard. Over the past seven months, he’s consistently shared heartfelt tributes to Nip on his social media accounts.

Although Game says his first run of Prolific Records merch sold out in 30 minutes following this week’s launch, Marathon Clothing revealed it has a new clothing line “coming soon” rocking the word “Prolific.”