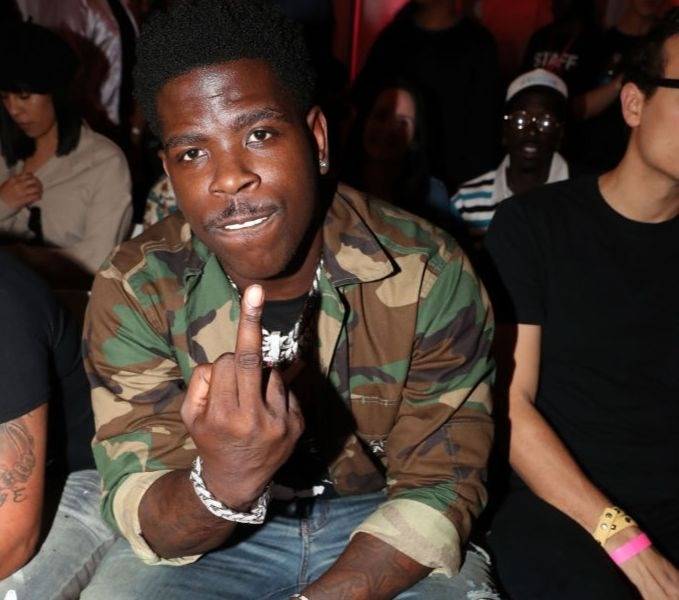 New York, NY – Not too long before Tekashi 6ix9ine was arrested last November, fellow New York rapper Casanova made peace with the polarizing figure — despite their very public disdain for each other.

Cas explained in a November 2018 Instagram post he realized 6ix9ine was “a mislead good kid” who “didn’t know what he was signing up for.”

Looking back at this night,it was one of the defining moments of my life as a man..I was faced with a Dilemma,a life changing decision I had to make…should I do something to him ,end everything right now and go to jail or should I look him in his eyes talk to him like a man and give him a way out…I was waiting to catch him lacking for weeks and months and i finally did the devil placed him right in my hands..if u would of seen how it unfolded u would understand why I did what I did.i had to play chess not checkers….after my first look in his eyes upclose and reading his body language I understood he was a mislead good kid and he didn’t know what he was signing up for.before this happened I had people try to belittle my gangsta,clubs stop booking me,DJ’s stop playin my music,homies turn they back on me,people tryin to throw batteries in my back praying i crash out..even after we squashed it people was mad at me.even tho I made that decision thinking for me and others..I realized negativity will override positive VIBEZ anyday..the people that wanted me to win was happy while the people that wanted me to fail was mad..while everyone wanted to kill him people thought I would be there sacrifice and savior and do it.but how can u use me as a pawn when I’m a king‼️fast forward to now the same way everyone is calling him stupid and bashing him is the same way ya would of been doin me even if I would of went out like a “G”,But in all actuality I did go out like a “G”I thought and use my brain..and I’m here free to talk about it..my next move will b my power move‼️stay tuned..JUST REMEMBER THERE IS NO DOUBLING BACK FOR THE ONES THAT TURNT THEY BACK‼️‼️AND FOR THE RECORD I STILL DONT WANNA B THE KING OF NEW YORK…NEW YORK IS PUSSY‼️‼️

Last month, 6ix9ine took the stand as the government’s star witness in the case of alleged Nine Trey Gangsta Blood members Anthony “Harv” Ellison and Aljermiah “Nuke” Mack. During his testimony, he admitted he and other Nine Trey members attempted to shoot Cas outside of Brooklyn’s Barclays Center.

In a recent interview with Ebro In The Morning, Cas opened up about his relationship with the incarcerated 6ix9ine and spoke about the hypocrisy he’s currently witnessing.

“Before he went to jail, we was cool,” he began. “I ain’t have no problem with him. I feel like every single person in the United States turned their back on me, especially in New York. My music went from playing every second to ‘Set Trippin”not even playing on the radio.”

“I ain’t got nothing bad to say about him. Y’all deal with that. All them niggas that’s with him, I don’t feel sorry for them at all. They went down the wrong route to begin with.”