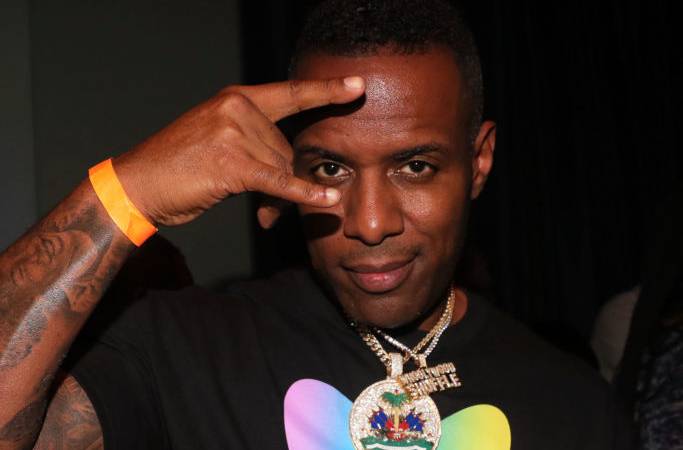 Nearing his 44th birthday, DJ Whoo Kid told HipHopDX, “ My life is unexplainable like there is so much shit going on and it just keeps going. Even at my age right now, I got mad shit coming up that I can’t even fucking believe.”

What’s probably even more inexplicable is how a man of Whoo Kid’s age has the will to be as jet-set, social media savvy, and presumably hungover, as he is. In the last two weeks alone the infamous DJ played at a festival in conjunction with gigs in Canada, New York, as well as a special set for TikTok’s influencer party.

“I did a TikTok party with like 15 and 16-year-old TikTok stars — these guys got like 10 million followers, what the fuck is DJ Whoo Kid doing there? You understand what I’m saying,” he continues on.

“And I murdered that shit. You know, if you don’t understand how to read and assimilate and be somebody people want to be, nobody’s going to fuck with you.”

Known for his ability to consistently find and break new artists, the DJ explained a portion of his process in staying ahead of the curve and remaining tapped into the constantly permeating bubble of new music.

“I allow people to tell me,’Yo, I’m from New Orleans, this is the next big guy.’ Then what I’ll do is I’ll take that into consideration and I’ll call the top DJ of that town and they’ll tell me who the top guy is,” Whoo Kid begins.

“Like come on, Megan Thee Stallion, I played her freestyle first, but I had a connect in Houston that was on vacation with me and was like,’Yo you need to start playing this Megan Thee Stallion chick.’ I’m like yo who the fuck you talking about, she’s fire. I had just heard the freestyle, but you know me coming from the mixtape background, freestyles for me are gold. But I never thought that freestyle was going to be like her mega-hit — and now she’s like with Nicki Minaj, she’s got her own hits with DaBaby and all that, but that’s how it is.”

“You have to do certain research to get names and — you just don’t want to be last on whoever’s hot. And I’ve always been kind of first on breaking like 98 percent of the people out there. You know, they touch me like I’m their fucking, I don’t know, their golden harp to get to the next level (laughs) I don’t know.”

And with such a heavily weighted and respected opinion, it made perfect sense to Whoo Kid to link with up-and-coming music stream platform MyMyMusic. The app, which is exclusively dedicated to underground Hip Hop and R&B music, puts the power in the hands of the listener and allows fans to vote for their favorite songs/artists.

“The MyMy Music playlist was the best thing I ever got involved with and it helped me not only find new artists, but the voting system of fans voting hot songs alleviates me from giving my opinion,” Whoo Kid says of the app.

“So if there’s like thousands of kids that like this song, I will trust thousands of kids saying that this new artist is hot, and then I’ll go with what the voting system goes with. Because in this day in age, you don’t know what’s hot anymore — the wackest song could be the biggest hit. So my opinion is a wrap. So I go with my radio show fans, or I go with this app.”

But his innovation doesn’t stop there. Whoo Kid is very adamant that his next projects will further extend his reach and open his horizons, saying,”I’m still adding robotic pieces on me — every year I’m upgrading, instead of me being downgraded.”

“I got into this so I can enjoy my life like I want to enjoy this thing called Hip Hop and or EDM Trap — I want to enjoy the music industry, I don’t want to be in a box, you know where I am just known for one thing. I have like so many different facets of fans that just respect what I do and they know from hundreds of shits — and that’s how I’d rather it be, just like that.”

One of those pieces that Whoo Kid is “adding on,” so to speak, is his upcoming celebrity cocktail book, which he insists is the first of its kind.

“I DJ all over the world, I eat very well, all the top chefs hang with me, like Nobu is my best friend, fucking the Salt Bae muthafucka I’m always eating with him — I made myself kind of like, you know the traveling man, but I always eat well, but drinking well is also good,” Whoo Kid elaborates.

Inspired by his constant travel and interactions with countless public figures, the book aims to highlight the personal recipes he’s encountered throughout his journey.

“And these drinks are drinks people have been putting together and concocting for years. I used to put together a Guinness, carnation milk and frosted flakes —and I loved it, I thought, you know it’s weird but its a tasty mix right there. But then every other artist they’ve grown up to like mixing their own weird shit and I’ve been interviewing everybody for like 10-15 minutes, and they just give me like their little side story of what the fuck you were drinking when you were young or what’s your favorite drink or the hood drink.”

🦉🦉🦉➡️ 🥃🥃🥃 @champagnepapi got me 😵😬 #WhooArmy #LookinForRevenge #RunItUp 😂😂🇨🇦 🇭🇹 ➡️ is he currently the best rap artist of all time?

“So now, it’s going to be like a full celebrity cocktail book called Splash. A$AP Ferg gave me like this blue drink that they used to drink in Harlem and like gave me the ingredients. So curiosity has you kind of like,’ What the fuck is this guy drinking,’ and maybe you would go home and try to concoct it, and put it together yourself. So, Snoop Dogg, you know everybody gave me their drink — like everybody would think with him (Snoop Dogg) he would give me ‘Gin and Juice’ but he actually gave me another drink he used to drink when he was 15 or 16 hanging with his homeboys. And there has never been a celebrity cocktail book, which is mind-boggling. So I am going to be like the first with it, and get that shit going,” Whoo kid shares.

Piggybacking off of the cocktail book, Whoo kid shared yet another advance on an upcoming project he has with Netflix. According to him, the project will attempt to explain the unexplainable, his life.

“So they’re (Netflix) going to try to somehow document everything I’ve done, beginning in Haiti, all the way until now. So, it’s political, it’s going to be Hip Hop, the club life, entertainment, food, travel, all-in-one — it’s going to be so complicated, and crazy and funny at the same time because I’m a stupid ass nigga. I make people laugh on my show, so I gotta bring the comedic shit to this series I’m going to put together” Whoo Kid said of the series.

He continued, “And it’s called, ‘God Is A DJ.’ It’s just too much, like, I can’t explain it — like you can only believe in god and you can explain him, my life is unexplainable. Like there is so much shit going on and it just keeps going. Even at my age right now, I got mad shit coming up that I can’t even fucking believe,” He continued.

😬 #20yearChallenge ➡️ me and MIchael Jackson 😂😂

To add fuel to the fire, there is also new music on the way.

“And then, of course, I’ve got singles coming out,” Whoo Kid nudges.

“I got a Too $hort record coming out — on Halloween actually, it’s dropping on Halloween. It’s kind of like a trap/Spanish version, with the ‘Blow The Whistle’ sample, produced by Red Spyda. So, we’re very excited about that — we’re going to shoot the video in the Dominican Republic. But we are dropping that shit on Halloween, so there will be like a $5,000 meme prize for the best drop-it-low chick, or something, I don’t know. You know you gotta make some wild ass meme to get shit cracking, so, that’s coming out on Halloween.”

Revisit part one of the exclusive interview with DJ Whoo Kid here.