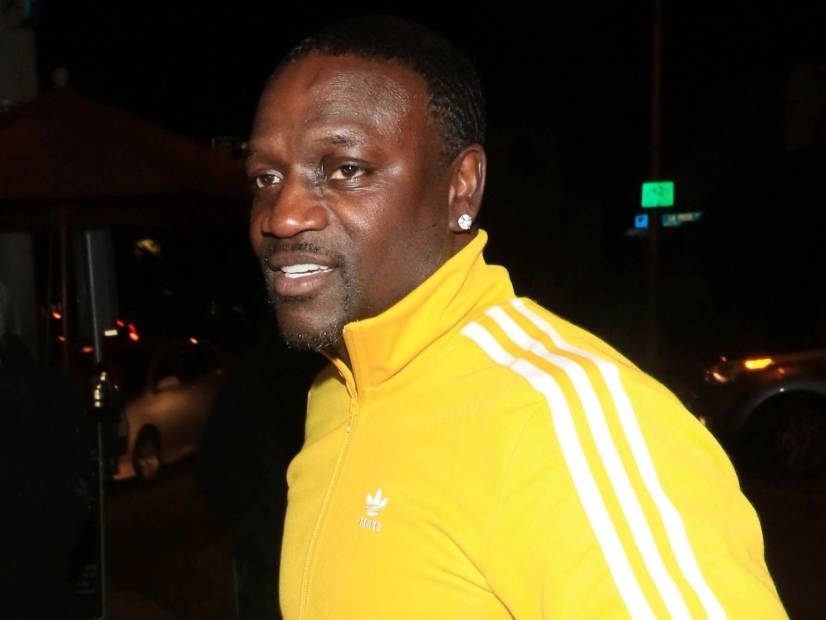 Grammy Award-winning artist Akon is about to kick off a crazy album release schedule, which includes four different projects under his Akonik Label Group imprint.

The rollout is expected to begin in October and will mark the first full length releases since 2008’s Freedom. In Part 2 of the DX interview, Akon reveals what he believes is his biggest accomplishment in life, artists’ wild social media behavior and his work in Africa.

HipHopDX: Everything you’ve been through and what you’ve been able to overcome is nothing short of inspiring. Can you tell me about the Global Music Takeover?

Akon: Well, actually that’s my whole idea. I kind of took a break and gave some room for a lot of people to come in and do they thing. Now we just gonna come back and take it back over. This is something that you have to do. You can show them better than you can tell them.

HipHopDX: If you had to name one thing that you’ve contributed to the world to make it a better place, what would that be? What are you most proud of at this point in your life?

Akon: I’m honestly more proud of the transition I made for myself than anything. I feel like that transition is what allowed me to make music and different contributions in society and things of that nature. Ultimately, you have to believe in yourself and believe that you can create more and you can do more, and nothing is impossible. I think what stops people from achieving is they lack the belief in themselves to achieve it itself. I think when you go through a process where you feel like you have nothing to lose and you have to make it, you have no other choice, it compels you to now you have to deliver. Keeping that mind state, even after that success, is really what I’m proud of the most ’cause I could’ve gotten really comfortable and say, “OK, I’m cool now” and really focused on me. But I’m just glad that God put me in a position where I understood my position early in life rather than later, ya know?

HipHopDX: Yeah, you definitely could’ve kicked back and be like, “OK, I’m done.”

Akon: If it was just about me, I could live a very comfortable life, trust me. If the only thing I had to worry about was just me, life would be amazing.

Akon: So many possibilities, so many people that depend on me.

HipHopDX: You mentioned Africa earlier. What are some things that you’re trying to give back to Africa?

Akon: The development of Africa is more about reintegrating how important education is in the mentality of our young generation and the way they have to think moving forward. I think our biggest and our weakest link isn’t our unity within the African community itself, but more so is just the lack of communication and lack of education. We don’t speak enough to each other to pass that information back and forth, and it’s constant competition among us. That’s why it’s really hard for Africa to develop the way it needs.

But the great thing about it is that the younger generation is a lot more forward thinking. They’re working together and we’re all in cahoots and creating organizations, working with each other and each other’s businesses and involving each other. We’re utilizing each other’s resources and communicating with each other. I think the generation moving forward is only going to get better with Africa, and they’re a lot smarter so they’re not making the decisions our older leaders had made. With the new technology, it’s also allowing us to get more transparency because I think the transparency was the key to us knowing what someone else knows, what our neighbors know. For so long, we could live maybe two or three hours from another country but couldn’t even get into that country without a visa. It was ridiculous. You can’t even get into a place that’s a two-hour drive from you, how do you expect to trade? How do you expect to collaborate? How do you expect to grow or do anything like that? Or even expand?

Follow my guy @thioneniang Doing great things for Africa. I hear you brother

HipHopDX: Even where I live, I’m friends with a woman who’s married to a man from Zimbabwe. They have this foundation called Zimbo Arts and they have villagers make jewelry and put the money they make back to the village. It all keeps getting recycled through the community to help set up programs for young girls, et cetera. It’s fantastic.

Akon: That is amazing.

HipHopDX: I’m glad there is focus on Africa right now and helping African people. I think even in America there’s more unity than we realize. You just have to look around a little bit.

Akon: That’s all it is. Sometimes it takes a crisis for you to notice it or recognize it.

HipHopDX: Being a veteran of the music business, what is your take on the newer artists wildin’ out on social media. Do you think that’s a bad move on their part?

Akon: I just look at it as artists being artists. Artists have always been controversial. Can you imagine if social media was alive in the ’80s and rock music was at its highest peak? Can you imagine the information you would see on tour buses? It would be ridiculous. Trust me, the ’80s were when all those parties were happening in these mansions. If we had cell phones that could document all that stuff, that’s nowhere near what is happening today. Today is nothing compared to this. I look at it as artists just being artists. Artists have been always been wild, always been creative, always been controversial. That’s just who they are. Now the world is seeing what that life actually consists of.

Akon: You can send them a direct message! Back then, it was impossible to do that. You were just happy with a signature on a piece of paper. That’s how crazy it was.

HipHopDX: I remember being in fifth grade, and my dad took me to see LL Cool J. I got his autograph, and it was the biggest deal.

Akon: Wow, you don’t even know where that autograph is today, do you?

HipHopDX: I do actually. My dad saved it. I have Beastie Boys, I have them all.

Akon: Oh, wow. Now you gotta auction them off ’cause autographs are like dinosaurs. That’s a huge auction piece.

HipHopDX: I got to interview LL Cool J a few years ago. I told him about meeting him as a kid and he said, “That’s crazy, that’s hot.” Now my sister and I always say that.

HipHopDX: Always a fan, you know what I mean?