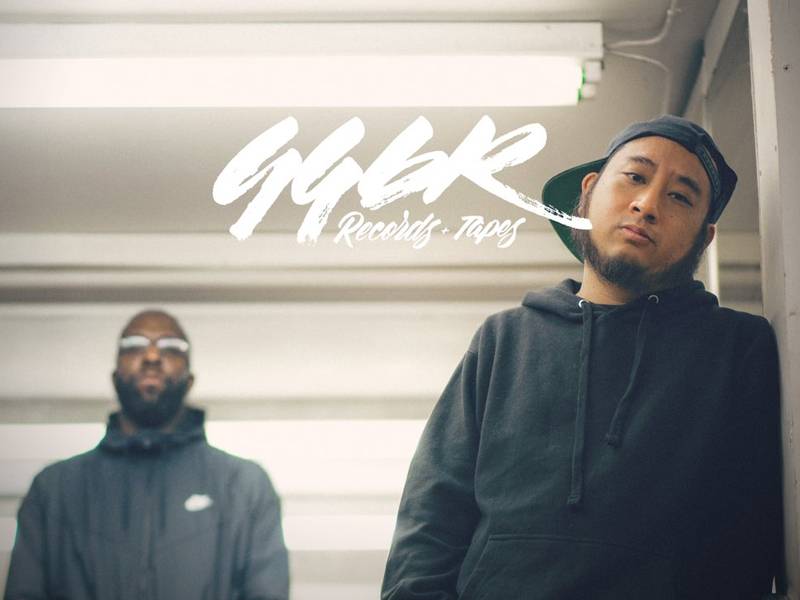 The phrase “a rising tide lifts all the boats,” commonly (and falsely) attributed to John F. Kennedy, is probably the most accurate way to describe the Griselda effect.

It once appeared that hard-edged, underground street music was muscled out of the commercial sphere. However, the resurgence of vinyl culture and the storied rise of the Westside Gunn orchestrated empire kicked down the door for a new cast of purists to make bank on an independent level.

Artists are now feeding a massive — though comparably niche — audience that was once forgotten by the major labels. This new blueprint allows them to cut out intermediaries and work with focused, independent distributors and labels to drop both digital and limited edition physical releases.

Within this sphere, Toronto-based label GGBR (ran by DJ Big Jacks and producer Bozack Morris) has built a solid reputation — with the distinction of being synonymous with quality.

“We’re artists ourselves,” Morris (whose produced for names like Conway The Machine) tells HipHopDX. “We spent years looking for records, making music. We dig, we go all over the place … we love records. So it only made sense to make our own records.”

The label started as an extension of their already buzzing GGBR Fuck Em’ (stylized as GGBRFUCKEM) brand which specialized in throwing events, promotion and everything in between.

“I was [also] working on music at the time, and I had something I wanted to put out,” Jacks notes, adding that he decided he wanted to press the release up on vinyl. The 45′, “Lovespeak (Kutcorners & Big Jacks Remix)” by Shi Wisdom (a once rumored Drake ghostwriter), was the first official release by the label. However, it wasn’t until Bozack Morris’ Loose Cannons releases — the first of which featured Conway and Westside Gunn — that the label’s focus began to take shape.

“When [Bozack] stepped in the whole dynamic shifted … the trajectory changed,” Jacks notes. “I think we had a clearer vision of what we wanted to do.

“We’ve done a million things, but we came from Hip Hop. That’s how we got started. So it was kind of like, ‘this makes sense.’ Twenty years later, I was printing out these records that we would’ve wanted to buy when we were 15.”

Bozack also points to that same “ah-ha” moment that arose from that seminal release.

“A combination of things happened when I put that record out,” he recalls. “That’s when Griselda kind of really started taking off … that’s when this started. We were able to harness the power of the Internet and Bandcamp and do it ourselves. ”

Bozack recognized the wave early, forging a relationship with Westside Gunn and other prominent players. This allowed him to grow along with this new scene from its infancy — putting himself and his brand in a position of seniority as it now begins to bubble more into the light.

“We don’t need to worry about distribution or all these other things that gatekeepers control,” he says.

LORD LORD!! Big salutes to the bro @inf_mobb_flee. One of the realest dudes in this game, putting me up on how things be moving out on Murda Ave. Don’t forget to preorder that #FleeLord pack @ www.ggbrrecords.com. ? @relrelrelrel #MurdaAve #Bushwick #Brooklyn #Loyaltyordeath #LordLord!

Another interesting byproduct of the scene is the removal of age-related stigma in (underground) Hip Hop. Older artists hungry to reach dedicated fanbases rather than exaggerated crossover demographics can now do so without catering to younger listeners.

“It ultimately created a space for people that are 30 and over to thrive in a game that was predominantly run by young kids. Before that, it was like as soon as you hit 30 you outgrew Hip Hop,'” Morris explains.

Jacks further explains that some older artists had trouble with adapting, marketing and (overall) monetization.

“This came along for that lane … it was a whole new platform. It’s become a new whole industry for this demographic that wasn’t there before.”

For OG heads, it’s an exciting time — something the duo celebrates heavily. Not only is a sound that many listeners love being once again championed, but the tangible product is once again prominent.

The label has built a solid reputation for selling out limited vinyl and tape releases by Morris himself, notable Griselda affiliates like Elcamino (who is part of the label roster) and Flee Lord — as well as other heavyweights on the scene like 38 Spesh.

Morris and Jacks also work with a new wave of Canadian MCs who are making a name for themselves, like Futurewave and Daniel Son.

The label’s latest release, Popular Mechanics by Bozack Morris & J. Scienide, is among the current shipments the pair are busy packaging and sending out to vinyl lovers around the globe.

It’s something they do by hand, a detail that hasn’t gone unnoticed by customers. From staggering their drops to accommodate timezones to the intricately colored records, love is in the details. However, like many things, everyone is now trying to cash in on the vinyl surge.

“We have our issues,” Morris admits. “The vinyl game is starting to get flooded and overpriced … it’s starting to become exploitation. I’m concerned about things like this, you know. I always worry, like ‘are we taking advantage of our consumers?'”

Jacks likens GGBR’s approach to a brand like Supreme. “I respect the fact that even though supreme is selling like crazy, you could still walk into their store and get the drop for the retail price … for regular price.”

They point to artists and labels who choose to sell LPs for resell rates off the bat, rather than allow them to get there organically.

“They try to take advantage of their customers … they treat them like customers as opposed to fans,” Jacks says. “Not us. We want to get the music in the hands of the people who like and want it.”

Morris expands on that, noting that the almost scalper-like culture of vinyl resells defeats the purpose. “People who have it don’t even want to listen to it … that’s not a good feeling. We want the people that have it to be like, ‘yo, I want this in my collection.’

“Our customers are happy and proud to own this shit,” he stated with confidence.

Up next for GGBR is a limited edition vinyl release of two Flee Lord projects — currently available for preorder. There are also copies of Bozack Morris & J. Scienide’s Popular Mechanics and 38 Spesh’s 5 Shots still available on the label’s Bandcamp. But, as fans have come to expect, once they’re gone, they’re gone (at retail price, anyways).