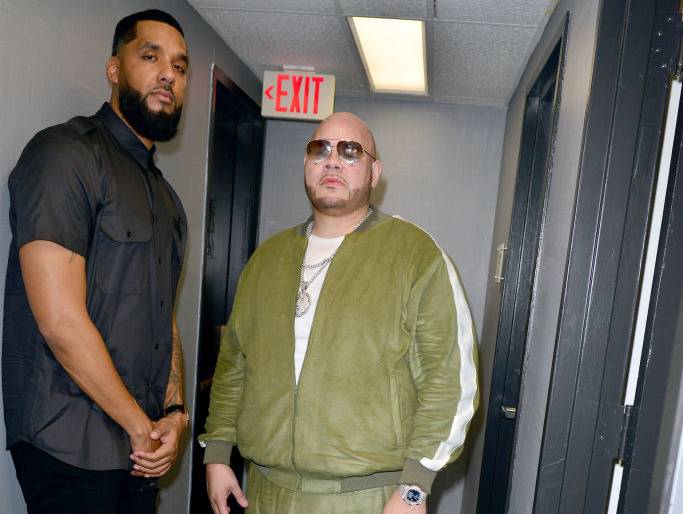 Miami, FL – Prolific producer Dre of Grammy Award-winning production duo Cool & Dre speaks with pure confidence as he takes a call with HipHopDX from his Miami compound for a conversation about his forthcoming project Family Ties with Fat Joe.

“We have an album it’s called Family Ties and we just released the first single off the project featuring Lil Wayne and it’s called ‘Pullin,'” he tells DX. “We plan on dropping the album, hopefully, before the summer’s over. Shortly after that, I’m gonna drop my solo album.”

This isn’t the first time a producer has soused in the idea of becoming a performing artist. It’s actually been Fat Joe’s idea for the Miami-based sound architect to finally become a solo artist.

Considering the fact that Dre and his partner Cool have been quietly slanging hits all across the Billboard charts and radio stations across the nation this past year (including work on Beyoncé and JAY-Z’s EVERYTHING IS LOVE) since the superfluous success of Joe Crack’s and Remy Ma‘s chart-topping smash “All The Way Up” in 2016, it makes sense the record producer, born Andre Christopher Lyon, didn’t have much time to dedicate to the development of himself as a solo musician.

“Joe and I had to let go of a record a year and a half ago called ‘So Excited‘ and it was like a top-five record on the R&B charts. I did the hook but it was supposed to be a reference. Joe loved what I did so much and was just like stop being shy nigga everybody wants you to drop music. We put the record out and it really well then another with Chris Brown ‘Attention.'”

On many of the records that feature Dre, such as Rick Ross cut “Blow” off his platinum-selling 2006 debut album Port of Miami as well as his own tracks like 2005’s “Naomi” and “Chevy Ridin’ High” from 2009 featuring Rozay himself, listeners will find that he has a tight grasp on melody, soothing vocals and impressive raps.

Once Dre fully steps onto the arena on producers-turned-artists with his solo project, he will join the ranks of prominent music creators Pharrell and Kanye West. Dre has no fear about making the move and could care less about stigmatized labels.

“People are going to always try to put you in a box,” he says. “When they tell you you can’t do something remind them that part of being a producer is you’re also being an artist.”

Fat Joe has been Dre’s biggest supporters and tapped in with him straight of high school back in 2001 and it’s been in ever since.

“I love Fat Joe,” Dre elates. “He opened up a huge drawer of opportunity for us to be able to hustle and get to where we’re at now. I feel as though, for someone who released his first record in 1993 and it’s 2019, 26 years later to still be relevant and still be making music relatable to the new generation now and still have his fans for 20 years love it. We don’t really speak about that enough. I think about the guys that dropped music in 2010 that’s not doing shit right now. For him to be doing it for so long, I just don’t think he is in the conversation as much as he should be and this album is going to be something that is going to cement his legacy and is going to introduce everyone to what I’m capable of doing.”

Dre is super positive that the project will be a huge cultural moment just like “All The Way Up.”

“We feel as though we have two of those on this album,” he says. “If people were impressed with my verse on ‘Pullin,’ be ready cause I feel as I’m one of the nicest niggas in the game when it comes to the wordplay.”