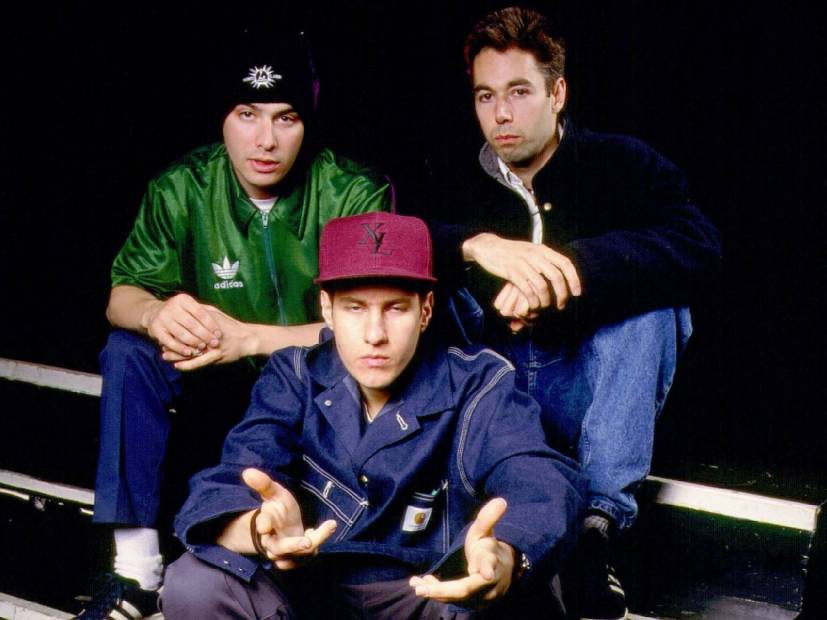 The stakes were high for the Beastie Boys in 1989. Capitol Records had invested hundreds of thousands of dollars into the motley trio’s sophomore album, Paul’s Boutique.

But according to the Beastie Boys Book, Mike D, MCA and King Ad-Rock turned Record Plant, an iconic Los Angeles studio, into their own personal video arcade. At the time, Guns N’ Roses were there to shoot the video for “Patience,” which didn’t make focusing any easier. Needless to say, they struggled to finish the album.

"Look, guys. I'm a Deadhead so I know where you're at. The company's just really busy right now. We're all just focusing, and working really hard on the new Donny Osmond album so, next time. Okay?" . Read more in #beastieboysbook: beastieboysbook.com Listen at link in bio.

In an excerpt from the book, Mike D admits they liked the songs they recorded at Matt Dike’s (the late co-founder of Delicious Vinyl) apartment better but ended up going back to Record Plant anyway.

“The upside was that we finally did finish Paul’s Boutique in that second push at the Record Plant,” Mike D writes. “The downside is that we wasted So. Much. Fucking. Money. I don’t know the exact amount, but it was hundreds and hundreds of thousands of dollars fronted us by Capitol, which would come out of our royalties.

“It was even more of a fucking waste because we still liked many of the instrumental tracks from Matt’s apartment best anyway. Soon enough, though, the amount of money we’d just wasted would be the least of our problems.”

Ad-Rock goes on to explain “the most weirdest and most bummerish thing” occurred after the album was released on July 25, 1989. He insinuates the new faces at the label didn’t exactly help the record sell and did little to promote it.

“We just assumed that because Licensed to Ill sold a billion copies, Paul’s Boutique would do the same,” he writes. “But, like, it didn’t. I went to the Tower Records on Sunset Boulevard a couple days after it came out, and they didn’t have any copies. So I thought, Great, this shit is flying off the shelves and we are still large.

“It turned out that they did sell out quick, but Capitol had only sent, like, I don’t know, a hundred or so copies. No back order, nothing.”

Ad-Rock continues, “Seriously … Capitol is literally down the street from Tower Records. Can’t someone drive a couple boxes over? I mean, shit … I’ll buy the goddamn stamps.

“We don’t know who we were supposed to call to be like … ‘You know, there’s no copies at Tower Records’ or … ‘Is there a better game plan than us humiliating ourselves by making a record trying to pick a fight with MC Hammer?'”

Thanks to @beyondthestreetsart and @adidasskateboarding for celebrating the anniversary of Paul's Boutique with us. On Thursday, select skate shops across North America will carry this limited edition sneaker. Proceeds from the collaboration go to PEACE Sisters and @littlekidsrock. Stay tuned for more.

Fast-forward to 2019 and Paul’s Boutique is considered a classic by countless Hip Hop purists. The sheer number of samples used on the album is staggering and wouldn’t be possible today.

Produced by the Dust Brothers, Mario Caldato Jr. and the Beasties themselves, the 15-track effort combined samples from Sugarhill Gang, James Brown, Paul McCartney, Kurtis Blow and a plethora of other diverse artists with the Beasties’ brash and often comedic lyrics.

In celebration of Paul’s Boutique’s 30th anniversary, adidas Skateboarding and the surviving members of the group held a reveal party at Beyond The Streets in Brooklyn earlier this week. LL Cool J led a discussion about the album, while original Def Jam Recordings creative director and longtime friend Cey Adams contributed the graffiti.

Revisit the album in its entirety below.