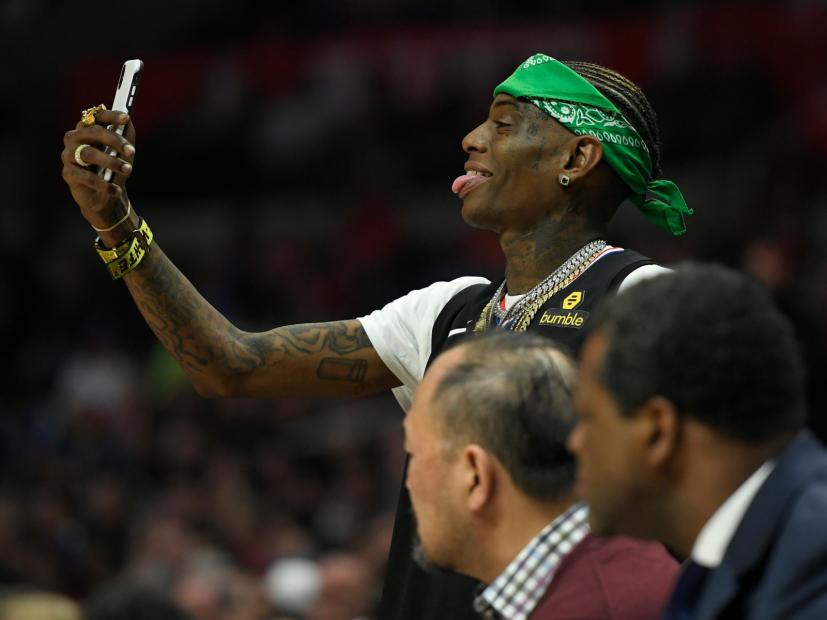 Los Angeles, CA – After earning an early release from jail, Soulja Boy says he’ll be making some big life changes. TMZ reports that after an “eye-opening” three months in L.A. County Jail, the rapper has committed to decreasing his time on social media and shrinking his inner circle.

Big Draco has already put his plan into action, kicking out several friends who had previously lived at his San Fernando Valley home. The “Crank That” rapper’s same house was robbed while he was incarcerated and the thieves stole $100,000 in cash, $500,000 worth of jewelry and his iPhone, which they used to boast about the robbery through Soulja’s Instagram Live. According to TMZ, Soulja is convinced the robbery was an inside job, prompting him to kick his friends to the curb.

Soulja was initially sentenced to 240 days in jail for parole violations and earned an early release due to good behavior, time served and overcrowding. Since he’ll now be avoiding social media, Soulja will have plenty of time to complete his court-ordered 265 days of community service.