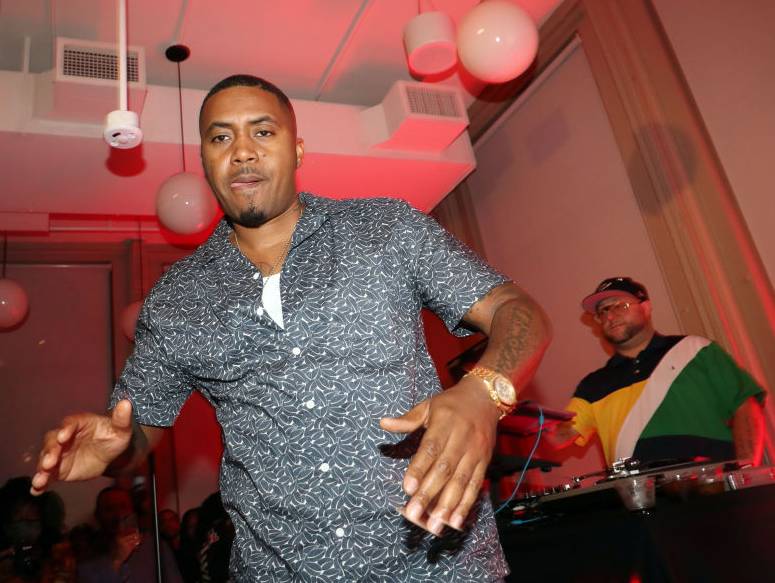 New York, NY – Nas held a private listening event for the next installment of his Lost Tapes series at the Mass Appeal Headquarters in Soho Manhattan on Tuesday (July 16).

Like the original, The Lost Tapes 2 features unreleased tracks that didn’t make previous Nas albums (16 in total). Some heavy-hitter producers such as Kanye West, Swizz Beatz, No I.D., Pharrell, RZA, Hit-Boy and Pete Rock contribute to the project.

Mass Appeal and Def Jam came together to present a preview of all Nas’s new project has in store. Chicken sliders and macaroni and cheese were catered by his restaurant Sweet Chick, while Hennessy (to who Nas is a brand ambassador) provided cocktails for guests.

He continued, “And that’s what it really is and I appreciate you being here checking out the shit that got kicked to the side, the scraps. We mix it up for you and thank you to all the producers who fucked with. I got some of the greatest producers in the world to just do shit for me and it was just a blessing and an honor.”

Statik Selektah then dove into the project, playing track after track as the audience vibed out to the compilation of songs. At the end of the night, Statik displayed a golden cassette tape.

He also revealed that several of these tapes would be placed around Manhattan and the first person that finds the tapes gets exclusive access to Nas’ official Lost Tapes 2 party on Friday (July 19).

Follow Mass Appeal and Def Jam’s Instagram pages for the drop of the exact location of the cassette tapes.

Check back with DX for the official album stream.