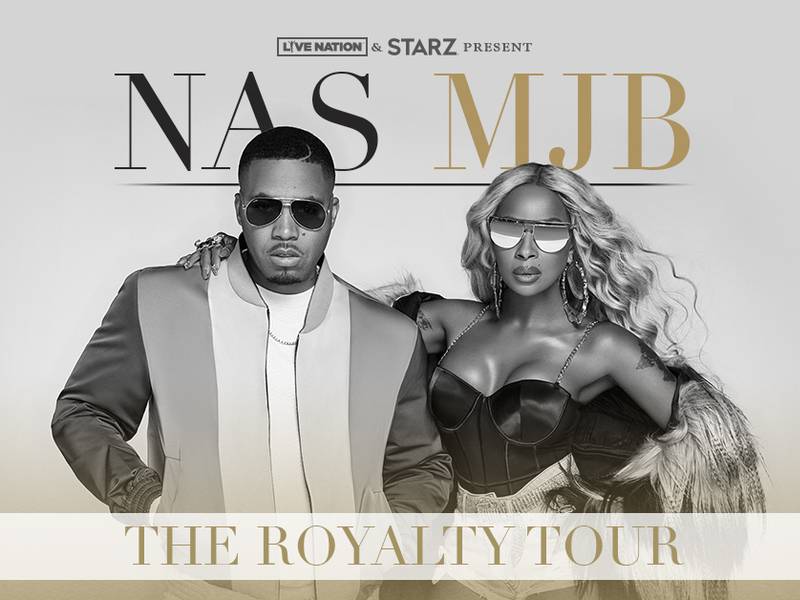 Mary J. Blige’s show-stealing performance at the 2019 BET Awards was just the beginning of her busy summer. After receiving BET’s Lifetime Achievement Award on Sunday night (June 23), the Queen of Hip Hop Soul has announced a batch of new dates for her upcoming tour with Nas.

The longtime collaborators have added five shows to The Royalty Tour, which begins in July.

Nas and Blige are now scheduled to perform in Brooklyn, Baltimore, Newark and Indianapolis — in addition to the previously announced cities. They’ll also be closing out their run of concerts with an event at the Hollywood Bowl in Los Angeles on September 17.

Check out Nas and Blige’s newly announced tour dates below.

[This post has been updated. The following was originally published on April 16, 2019.]

Nas is teaming up with Mary J. Blige to tour together for the first time in their storied careers. The Hip Hop and R&B luminaries have announced a 22-city run of summer shows that will take place throughout North America.

The acclaimed artists, who’ve collaborated on songs such as “Love Is All We Need,” are scheduled to begin their tour in West Palm Beach on July 11. Nas won’t be performing at a few select dates, including stops in Atlantic City and Las Vegas.

The Illmatic creator and Blige will wrap up their co-headlining concerts in Toronto on September 10.

The general public can begin purchasing tickets this Friday (April 19) at 10 a.m. local time via Live Nation. Citi cardmembers will have early access to tickets starting on Wednesday (April 17) at 12 p.m. local time until Thursday (April 18) at 10 p.m.

Check out Nas and Blige’s tour dates below.