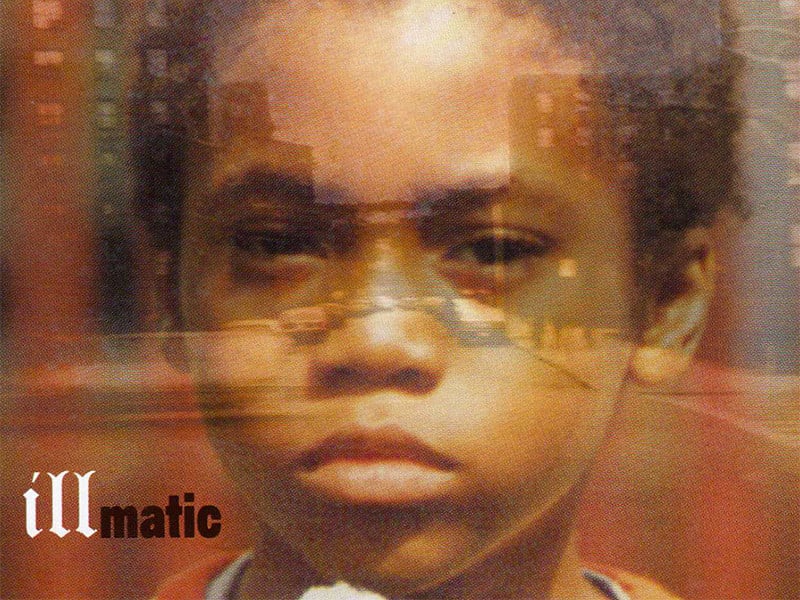 One Time 4 Your Mind: Ranking The Songs On Nas’ "Illmatic"

It’s been a quarter century since Nas birthed the genesis of his New York state of mind. That’s right; Illmatic dropped 25 years ago on April 19, 1994. Since then, the top-five-dead-or-alive MC survived a beef with JAY-Z and created multiple great albums before declaring life is good on the strength of his reputation. And yet, nothing he has done professionally since Illmatic, and nothing he will do, can match the flawless masterpiece of the best rap album of all time.

To commemorate the classic, we’ve ranked the nine songs on the album from great to most mind-blowing. (“Genesis,” one of the best album intros of any genre ever, was not included as it’s not actually a song).

Even when he’s rapping at half-speed, Nasir still spits circles around his peers. He kicks it deliberately, trying to stay mellow over Large Professor’s hypnotic beat as he roots for the villain while illin’. Usually when rappers beast lyrically, they spin around like the Tazmanian Devil. Yet, Nasty Nas packs a wallop without ever raising his voice or speeding up his flow, a feat impressive in itself.

That this absolute classic is No. 8 on this list is undeniable proof of Illmatic’s greatness. Large Professor lifts from Michael Jackson’s “Human Nature” and Nas so nimbly dances around the beat you’d have thought he went to Julliard. It was the perfect lyrical cap to a breathlessly astonishing 39 minutes.

Nas’ steel-toed raps about grilling out-of-towners paints a vivid portrait of his hood on this underrated gem. Just as important as the MC who raps with a razor under his tongue is the cut’s producer, DJ Premier. Premo’s darkly ominous piano keys are relentless and stick in the listener’s head like gum under your shoe long after the track has ended.

Esco performed lyrical gymnastics all over this album, but perhaps his most impressive was the centerpiece of Illmatic. “You couldn’t catch me in the streets without a ton of reefer/That’s like Malcolm X catching the jungle fever,” he quips. He goes on to wear chains that excite the feds and equally excite lyrical heads over Large Professor’s persistently punishing beat. Grungy never sounded so good.

Q-Tip provides the perfect beat for storytelling as Nas writes to one of his incarcerated friends. In lieu of a care package, he offers updates about the outside world. Nas would go on to become a global icon by crafting cuts with the likes of Puffy, but it was realistic storytelling raps like that of Jerome’s ill-fated niece that made him a fan favorite.

Such a boom-bap heavy album needed a dose of soul to balance out the grime. Listeners, blunt heads, fly ladies and prisoners could relate to Nas’ laments over his fallen friend who died over a sheep coat. As vicious as his pen game could be, “Memory Lane” remains proof that even the most dangerous MC coming out of Queensbridge has a soft spot.

Call this one a meeting of the minds. Nas spit quotables for days, AZ rapped a verse he’s been eating off for 25 years, L.E.S. (and Nas) created a wistful beat, and Nasir’s pops, Olu Dara, lent his cornet to the cut for good measure. Even though Nas eventually found out that life is good, it’s this lament over the hardships of daily existence that remains in the hearts and minds of Hip Hop heads.

He may not have known how to start this shit, but best believe once he got going, all jaws hit the floor. He paints a Scorsese-worthy picture of life on the streets over DJ Premier’s menacing production. His detailed imagery of a jammed gun induced fear over whether Nas would survive the cut, proving the impact of his lyrical wizardry. The game was never the same.

There was never going to be another No. 1. Pete Rock flipped a sample of Ahmad Jamal’s “I Love Music” into inspiring piano keys over which Nasir Jones declared his mission statement for not only himself, but for his entire ‘hood. And yet, the impact is greater than Queensbridge. Whether you’re a college student from New Hampshire or a trapper from Atlanta, it’s impossible to listen to this joint without feeling like the world isn’t for the taking. Nas certainly felt that way, and took his slice of life with not only this dose of optimism, but also the entire craft of brilliance that is Illmatic.