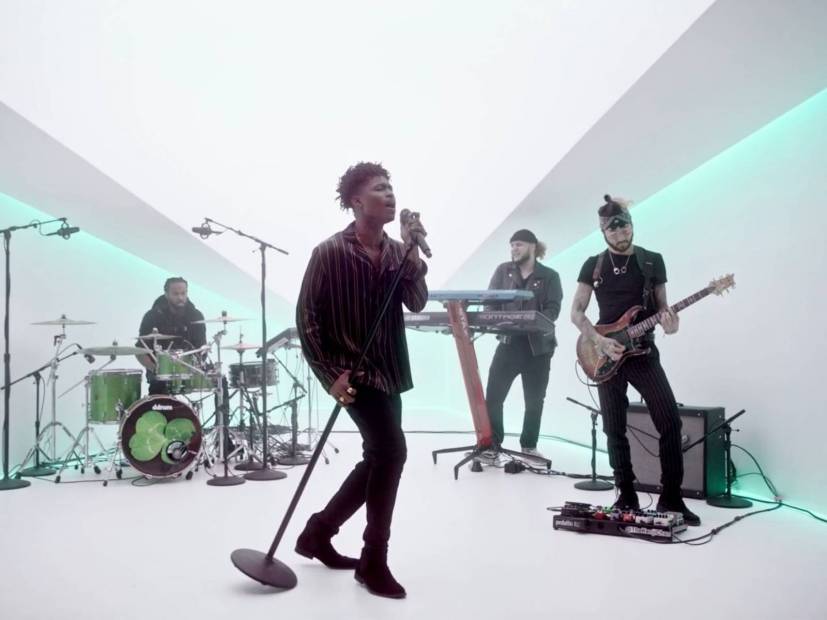 The New Orleans native released two EPs in November 2018 and February, respectively, titled I and II, leading up to his debut album. I received critical acclaim from supporters and music critics alike, with NPR Music asserting him as one of the “10 Kings of R&B for 2018.” They continued proclaiming “his versatility and strategic fusions of funk and jazz on I nod to how he might set himself apart come 2019.”

This album is my first baby. Its where my heart hides. Its a colorful window that is exclusively open to the truest form(s) of love. It is a letter to you. You who judge me, you who hate me, you who talk love but never show me. You who watched me kill myself to love you. You who I should have loved but missed out on, You who I loved wrong. You who i want to have more of and it kills me because i can't help it. You who I only want to be next to. And most importantly a letter to #mydayeones Thank you for reminding how it feels to be gave a fuck about! My fans 4ever are my friends 4ever!! #444 Painted – out now. Link in bio/stories 💚🍀💫

After the success of his premiere EP, Lucky released II, which received was well-received by Rolling Stone, FADER, Complex, ESSENCE, and more.

The Keep Cool/RCA Records artist’s first single “Roll Some Mo” is #9 on the Billboard Adult R&B songs chart. Lucky Daye is also an established songwriter, under the name David D. Brown, he contributed to Ella Mai’s “10,000 Hours,” and “Down,” along with “U + Me (Love Lesson)” and “Love Yourself” from the album Strength of a Woman by Mary J. Blige, among several others.

Check out the Painted stream, cover art and tracklist below.