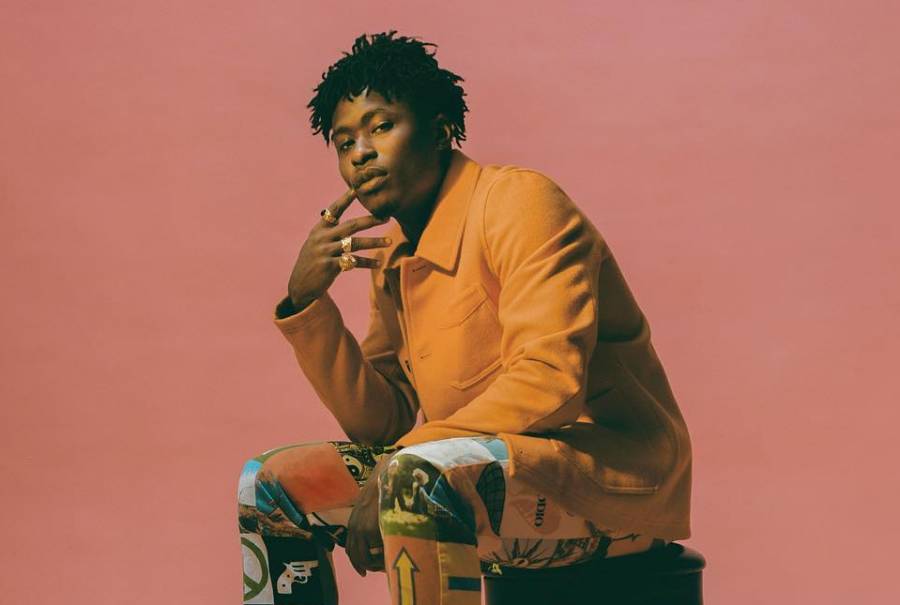 Anyone who says R&B is dead isn’t paying attention to the eclectic assortment of artists coming out of the genre. With fusions of different elements and sounds being incorporated as well as harkening back to old-school elements, R&B is in a healthy place.

Check out 10 budding stars who are making waves right now and are a must stream.

The 24-year-old rising R&B songstress released her debut album, Last Days of Summer, in October 2018 to critical acclaim. Tapped by Apple Music as their Up Next artist, Walker’s music invoke a nostalgic sultry and moody R&B with rich vocals and relatable lyrics. Drake even hopped on the remix for the popular track, “Girls Need Love” with an all-girls remix rumored to follow. The Love Renaissance/Interscope rep is consistently featured on prominent streaming playlists and is slated for a breakout year.

DaniLeigh became Def Jam’s secret weapon with the late 2018 breakout track, “Lil Bebe”, whose video was shot at the popular local streetwear store, Bodega in Los Angeles. Lil Baby threw an assist on the remix, and the rest was history. The cheerful singer performed at the 2019 BET Social Awards and also is performing at the upcoming Rolling Loud Festival in Miami. DaniLeigh’s fun, and trap-leaning R&B makes for a fresh, raw take on the genre.

Dante Jones and Drew Love have consistently been putting out great music since 2015, and slowly gaining ground with solid projects like their 2015 Nü Religion all the way to their most recent offering, Fireside, released late 2018 to critical acclaim. The Mind of a Genius collective have a unique structure in one being a singer and the other part of the production muscle. It’s tough to box them into a specific sound; the duo plays with electronic, pop, and even alternative sounds creating the vibe that’s perfect for the soundtrack to a relationship or driving down the Pacific Coast Highway overlooking the beach. With their top song garnering over 12 million plays on Spotify, look for the group’s profile to continue rising.

Independent artist Asiahn came into the industry like a wrecking ball with a sweet, soft, and poignant sound evanescent of late 90s R&B. She’s secured a key spot on the Roots Picnic Festival this summer in Philadelphia. Standout tracks from the singer include “NOLA” and “Like You.” As an openly gay — and curvy woman, Asiahn has also championed tackling issues of colorism and other biases that run rampant throughout industry. Already a 3x Grammy-nominated songwriter the hardware will soon rest on her mantle at the breakneck pace of quality she has been setting.

New Orleans native Lucky Daye signed to Keep Cool/RCA Records last year and has steadily released solid cuts like “Roll Some Mo” and “Concentrate.” Recently, he scored an opening spot on tour with Ella Mai on the heels of his double-up EP’s, I and II — produced entirely by esteemed producer D Mile (who brings impeccable musical chemistry by perfectly blending rich harmonies and melodic production). After almost giving up on music a year before meeting the producer, the soulful crooner’s life has completely turned around and he is now one of the most exciting artists to come out of the genre.

Pink Sweat$ emerged with his VOLUME 1 projected distributed by Human Re-Sources which featured stripped-down production paired with major scale melodies and soulful vocals with a fluid delivery. Popular tracks like the goosebumps-inducing “Honesty” and “Would You” standout for the artist who is equally fashionable and stylish as he is talented. This year, the sultry falsetto held his own at SXSW’s FADER Fort, released his VOLUME 2 on March 28 and will be embarking on his Pink Beginnings Tour come May 22.

Recently the Atlanta songstress released her studio album, The Jungle Is The Way Out, featuring contributions from artists like 6lack (“Heatwave”) and J.I.D. (“Sandstorm”) who complement the singer well. Her eccentric indie R&B sound intertwines with eloquent spoken word making for a perfect merging of a modern-day Lauryn Hill-esque flair. There’s a free-spirited essence of the singer’s sound that liberates the listener to journey through trials and tribulations, coming out on the other side. Look for her eminence to make waves well throughout 2019.

Dreamville signee Ari Lennox’s 2015 single “Backseat” set the stage for the singer whose powerful voice matched with provocative and raw lyrical content made for a free lane in R&B. After touring with J. Cole on his last tour, the singer continued the collaboration with her label head with the record, “Shea Butter Baby”, in which the singer recently released a video appearing with her KOD labelhead. The singer’s song “Whipped Cream” is another popular standout from the artist with over 9 million plays on Spotify. Catch the infinitely talented singer/songwriter at annual the Roots Picnic in Philly and her own Shea Butter Baby Tour.

The South Florida-bred singer has come a long way from singing Janet Jackson covers on the internet. His latest album, Suga, show his growth musically and confirms he’s ready for the next step in his career. Notable tracks on the album include the sweet ballad “Not All the Way”, the upbeat “Spend It” and the groovy “Hands to Yourself”. His flawless falsetto and slightly retro-inspired sound on the project provides a different take on R&B in 2019.

The illusive singer is no stranger to the scene releasing her debut Galactica back in 2016 after being featured on G-Eazy’s song “Think About You” in 2015. However, the multi-range vocalist is coming into her own with recent singles in the past year like “Sticky Situation” (featuring The Internet SYD from The Internet) and the Valentine’s Day offering “Mushroom Chocolate” (featuring 6lack) that might be the singer’s best recorded vocal performance to date. Look out more for the burgeoning star … whenever she deems it necessary to do so.