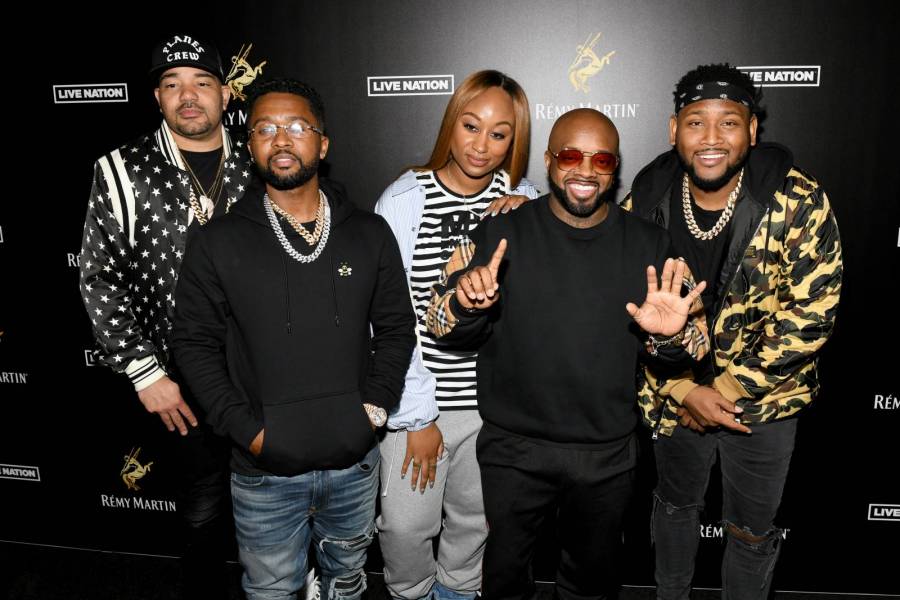 An all women’s panel also took place, moderated by Miss Info, which featured “Overstimulated” producer TRAKGIRL and other women in the industry paving the way for the next generation. Rémy Martin has had similar events which sheds light on giving up and coming producers the opportunity to learn from the best in the industry.

Jermaine Dupri’s extensive résumé has been well-documented unto this point and guests were excited to gain knowledge from such a well-seasoned artist, producer, songwriter and music manager like Dupri. When asked who was the most creative artist he has worked with, JD doubled down on his admiration for JAY-Z, largely due to him being able to recite songs without writing down the lyrics.

Dupri explained, “I saw [Notorious] B.I.G do this before I saw Jay do it, but the way Jay did it make my mind open up to how we all do it.” He continued, “I feel like in Hip Hop that’s probably one of the most creative hills that I had to get over and now I can’t write them down.”

He was joined by Zaytoven who has produced for many of this generation’s hottest artists including Future, Lil Uzi Vert, Usher, Migos, 21 Savage, Chief Keef, and a multitude of others. The Atlanta-based producer reiterated that his biggest influences came from his church upbringing. He also revealed that it was actually a Bay Area artist that first put him in the studio after hearing him play the piano. Zay stated he fell in love with the concept and began perfecting his craft.

Per usual, Rémy Martin Season 6 seeks to find the best unknown producers and Zaytoven explained he will look for a winner who has created their own unique sound similar to his own career.

Boi-1da the in-house producer genius for Drake’s OVO record label maybe the newest to the game out of the other producers on the panel but that has not stopped him from having an impressive resume of his own. He has producer credits on songs with artist like Rihanna, Kendrick Lamar, JAY-Z, Nicki Minaj and, of course, Drizzy.

Naturally, Boi-1da said considers Drake his mentor and one of his biggest inspirations.

After the panel ended, VIP guests were invited downstairs for a private studio listening session with the producers from the night. Rémy Martin also had a private dinner for Jermaine Dupri, Zaytoven, Boi-1da, and Trakgirl at TAO Downtown. A lot of good information, tips and tricks were shared last night from people who have done the work and made it in the industry as a whole.

Check out some pics from the event down below. For more info, visit the official website.

All photos by Craig Barritt/Getty Images for Rémy Martin.