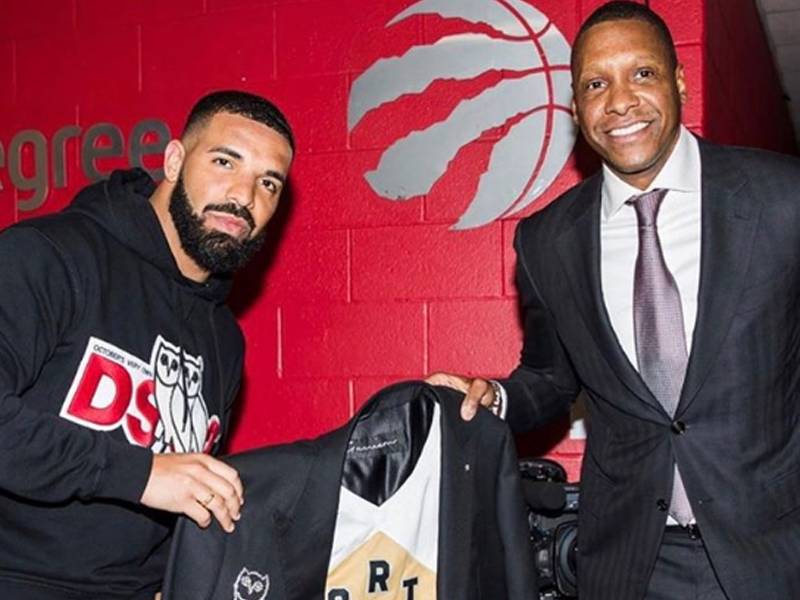 Toronto, CANADA – While Toronto Raptors fans were celebrating a massive Game 4 hometown win over the Milwaukee Bucks in the Eastern Conference Finals on Tuesday (May 21), it appears the game’s biggest winner was none other than the team ambassador Drake. The rapper was presented with a $550,000 custom OVO jacket by Raptors’ President, Masai Ujiri.

“We are so thrilled to have partnered with Garrison Bespoke to create this one-of-a-kind custom piece for [Drake],” wrote Diamond Foundry — who was responsible for icing out the jacket with 235 diamonds.

We are so thrilled to have partnered with @garrisonbespoke to create this one-of-a-kind custom piece for @champagnepapi presented by Toronto @raptors President, Masai Ujiri. The jacket is made from 100 year old deadstock jersey cloth from the House of Dormeuil’s private collection and adorned with 235 diamonds created by #diamondfoundry 💎 #torontoraptors #drake #wethenorth #custom #ovo #nba

The jacket designer Garrison Bespoke notes that the inside of the jacket, which is the OVO crossover Jersey Drake himself designed, was made of fabric sourced from French mill House of Dormeuil’s private collection. It’s said to be one of the first examples of jersey cloth from the early 20th century.

Whether or not awarding Drake with such an opulent gift could ultimately jinx the team — as some fans have theorized — or perhaps keeping the league’s most A1 heckler’s energy up will remain to be seen in Milwaukee this Thursday (May 23) for Game 5.