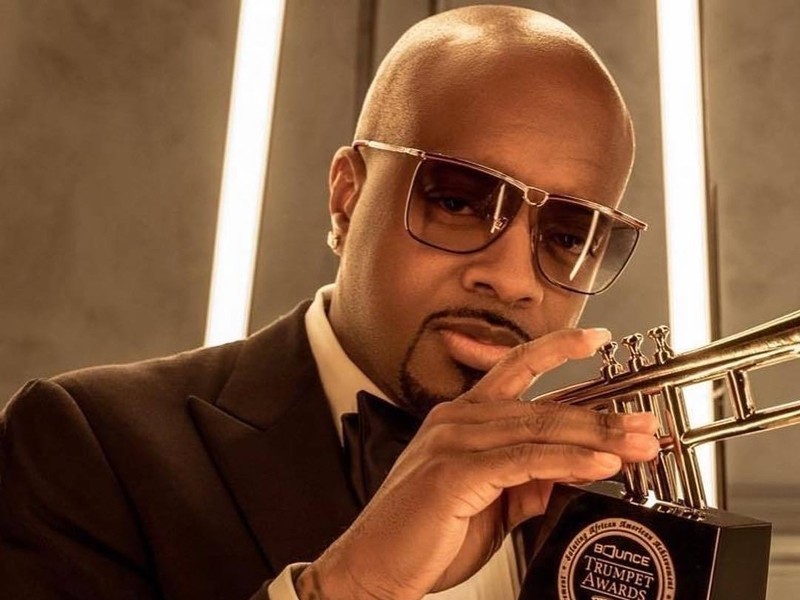 It’s such a rarity that Hip Hop legends get to experience their jersey being hoisted in the proverbial rafters but such is the case for Jermaine Dupri.

The superstar rapper who’s done an impressive job of creating hits for superstars (Mariah Carey, Usher and Janet Jackson, just to literally name a few) is currently being forced to bask in his own accomplishments in wake of being honored by the upcoming Global Spin Awards and an induction into the Songwriters Hall of Fame.

In a recent interview with HipHopDX, Dupri, 45, spoke on his earliest memories of his now 25-year-old So So Def imprint and how JAY-Z was thoroughly impressed with his “Money Ain’t A Thang” bars when they slayed the track back in 1998.

“My first memory [of So So Def] is having money to start a company, and not even knowing where to start,” Dupri recalled. “So I hired Lil Jon as my A&R, right? And I didn’t really need a A&R, and you know it was just a thing that you do it because that was what was in the making of having a record label. So there was this club that I used to go to and Lil Jon was the only DJ that I actually knew that was in clubs. It was interesting because I was too young to get in clubs, but they let me in this club, and Jon was the DJ that basically I got used to talking to and blah blah. And I went to him and I said, ‘I want you to be the A&R for my record company.’ And he was like, ‘What the hell is an A&R?’ You know, this is like super early, and what I think about opening the first office, that’s what it was.”

The hit record magnet of a label showcased the talents of Da Brat (the first solo female rapper to land a platinum album), Kris Kross (a kiddie duo that proved they could hang with the adults), and R&B/Soul singers Anthony Hamilton and Jagged Edge. Although he’s renown for his own solo hits, such as the aforementioned “Money Ain’t a Thang” and the Ludacris-assisted “Welcome to Atlanta,” he hasn’t released a solo album in over 15 years.

“Yeah, and I did it for fun by the way, you know what I mean?” he said, attempting to find the words to explain his absence. “People was like, ‘You should rap.’ I did this rap record, you know, Funkdafied and people was like, ‘You should rap.’ And I did my rapping for fun. It wasn’t a real serious thing and that was my concept because it wasn’t serious. I didn’t want to be the rapper on every song. I wanted to mix it up a little bit, and I was trying to make an album like Quincy Jones where I incorporated other artists, so it wasn’t even like the idea that Khaled has now, my idea was more or less, I was trying to copy what I saw Quincy Jones do. So I mean, he’s just basically following in the fashion that we all done.”

Following the announcement of his Global Spin Award and Songwriters Hall of Fame honors, HipHopDX compiled the Top 10 Jermaine Dupri records and the music visionary couldn’t deny that “Money Ain’t a Thang” was his crowning achievement as an MC.

“‘My Money Ain’t a Thang” verse is … It’s funny because when I did the 20th anniversary performance with JAY-Z, he was on stage and I did my verse. He was like, ‘Boy, you was rapping boy!’ You know for JAY-Z, a person that really put they whole life in rap, to acknowledge my rap and say, ‘You was rapping on this song.’ And it was crazy because I seen somebody recently say that JAY-Z wrote my rap, and he was like, “Yeah his rap was dope … That’s ’cause JAY-Z wrote it.’ So it’s like that rap alone, because some people think that, I’ve heard people say JAY-Z didn’t kill you on your own song. So, people didn’t feel like I wrote it, but that’s one of the raps that I feel like, you know, the rhythmic style, the flow, the bars and all of that was up to par with what he was saying. It might not have been as good as JAY-Z, but it was definitely good enough for that song and what he was saying as well.

Durpi continued, “And then the last verse, the last verse we wrote together basically. Like he wrote his rap and then when I heard his line I played off of what he said. I feel like that song, I was writing that rap from purely the person that I’m in the song with. It wasn’t like I was trying to compete with JAY-Z. I definitely knew that, you know, this was in the ‘Can’t Knock the Hustle’ days, so JAY-Z was more of a lyrical beast than what people actually feel like he is now. So, I was definitely not trying to compete with him lyrically, I was just trying to like, shit, stay on the song, and just trying to like … I’d sit on the song in some kinda place.”