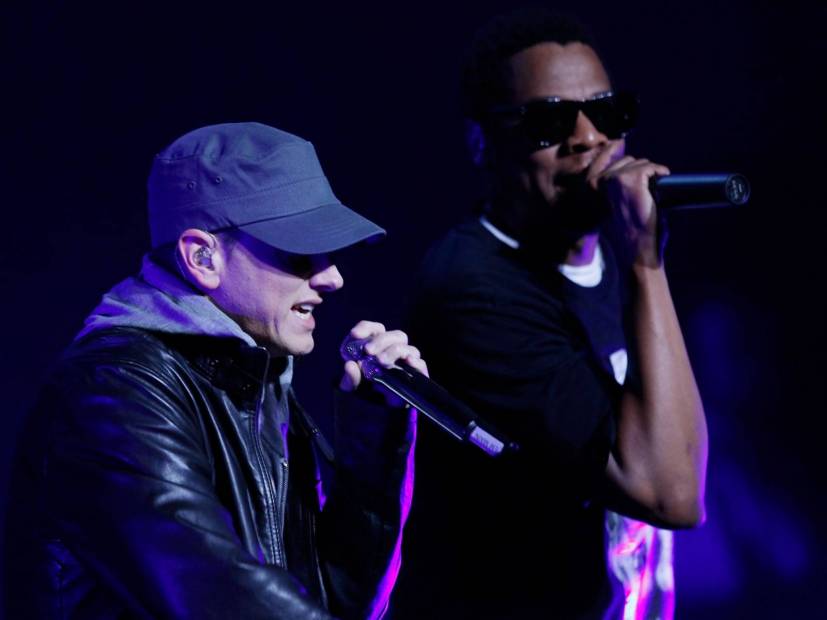 Eminem and JAY-Z are easily two of Hip Hop’s most prolific MCs and now, they share a spot in an exclusive Billboard club. According to Chart Data, Slim Shady and Hov are tied with the third most Top 10 hits in Billboard’s Hot 100 history.

The rap titans both have 21 entries on the chart, while Drake (Drake!?) leads the charge with 33 and Lil Wayne trails behind at 24.

Eminem’s latest entry on the Hot 100 is his “Homicide” collaboration with Logic, which debuted at No. 5 this week. The Roc-A-Fella legend, on the other hand, had his first No. 1 entry with Mariah Carey’s “Heartbreaker” in 1999.

Last year, Hov teamed up with his superstar wife Beyoncé for the EVERYTHING IS LOVE album. However, that project debuted at No. 2 with roughly 123,000 total album equivalent units sold.