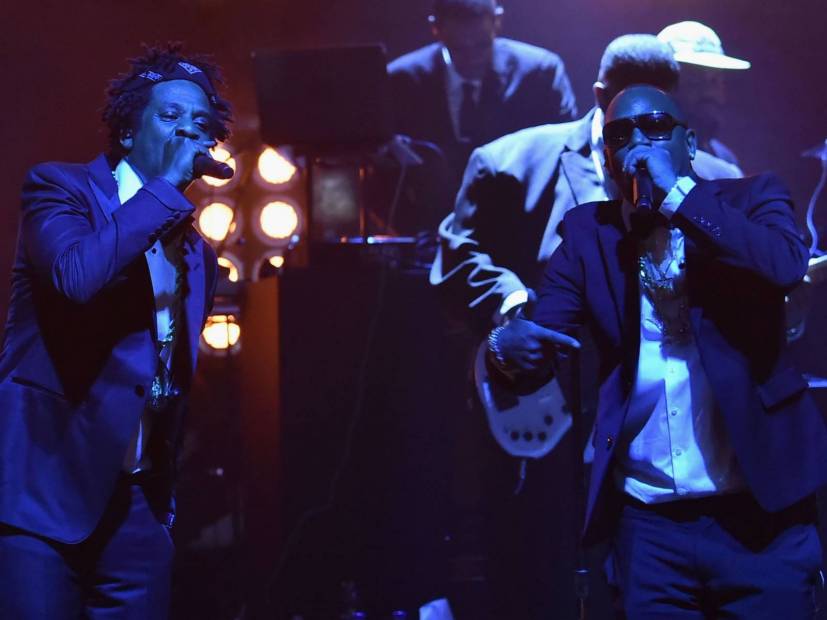 During the rare event, Hov — dressed to the nines — brought out a roster of his famous friends, including Nas, Cam’ron and Jim Jones.

At one point, the Roc Nation mogul asked his longtime engineer DJ Young Guru to lower the bass as he went into a two-minute long freestyle dedicated to slain Grammy Award-nominated rapper Nipsey Hussle.

“Gentrify your own hood before these people do it,” he spit. “Claim eminent domain and have your people move in/That’s a small glimpse into what Nipsey was doing/For anybody still confused as to what he was doing.”

Nas also joined Hov on stage for a solid 10-minute rap volley, performing cuts such as “The World Is Yours,” “Dead Presidents” and “New York State of Mind,” while Cam’ron hopped on stage to tag team “Welcome To New York City.”

Much like he did with Nip, Jay paid tribute to the late Chinx as part of the performance as well.

“[A] young man got killed in Queens,” he said at the time. “His name was Chinx. And I think it’s real important for us — Like, I can’t understand that we’re seriously under attack like never before. Rest in peace to Chinx. And we still killing each other. We need to understand that we are kings and queens.”

Check out photos of the event below.