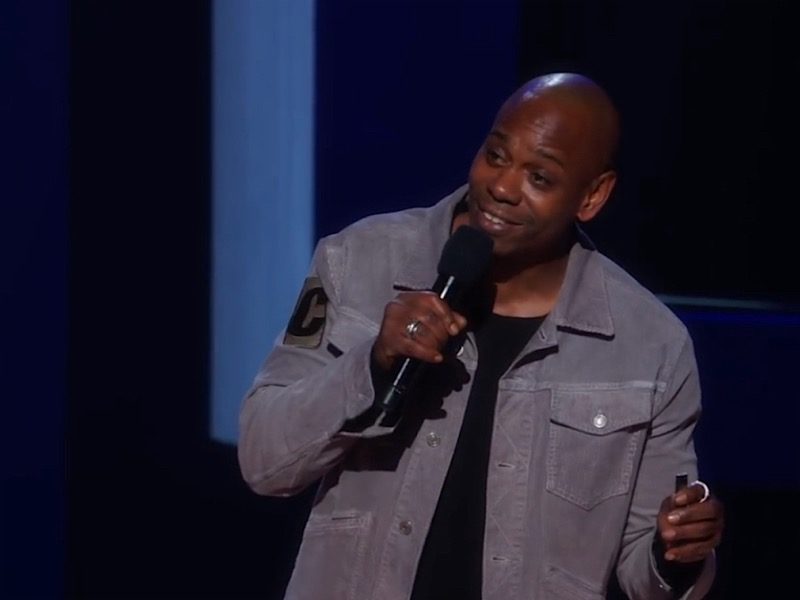 The King of R&B discussion rages on, with numerous people sharing their opinions on who they believe holds the crown. At Kardinal Offishall’s 20th-anniversary celebrity holiday party in Toronto on Friday night (December 14), illustrious comedian Dave Chappelle weighed in on the topic — and if you’re familiar with his show, the answer won’t surprise you.

Dave Chapelle weighs in on the “King of R&B” conversation. ??? #davechapelle #toronto #holidayparty

“The King of R&B, hate to say it, pees on people,” Chappelle stated alongside iconic producer Just Blaze and award-winning DJ Starting From Scratch.

“R. Kelly is the king of R&B,” he added before perfectly lip-synching the intro to Kelly’s hit song, “Bump n’ Grind.”

Chappelle famously roasted Kelly in 2003 by lampooning his infamous pee incident with a skit on Chappelle’s Show. As he noted back in August of 2017, the skit — which aided in shaping the singer’s public perception for years to come — almost didn’t make the cut.

“I was going to cut it,” he admits, “But when I watched it, it was so funny.” He initially wondered how the audience would handle it, but the rest is history — obviously.

HipHopDX also gave their take on the ongoing debate. Check it here.