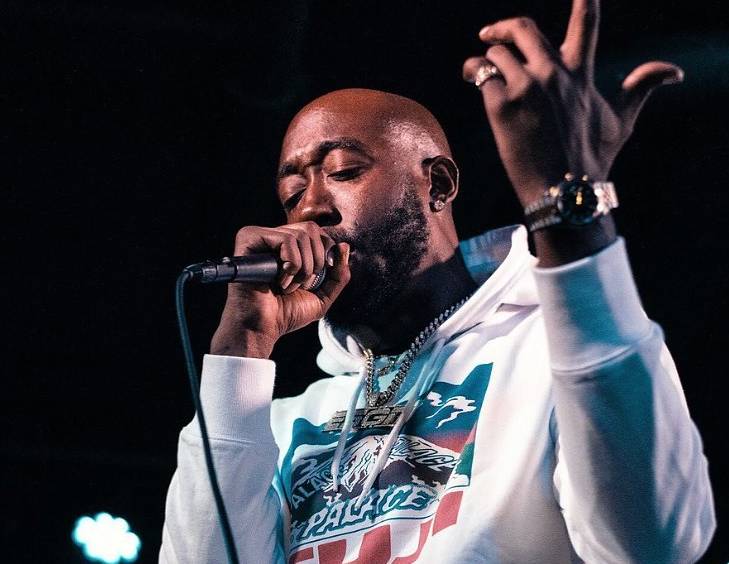 Fans of Freddie Gibbs and Madlib’s collaboration LP Piñata have more to much anticipate for their upcoming follow-up album Bandana.

The respected lyricist revealed in a recent interview with German publication JUICE, that their second project has a star-studded guest list of “legends” including Anderson .Paak, Killer Mike, Pusha T, Yasiin Bey and more.

The interview’s translation was posted on Reddit by user DeBeCooper.

“They are all legends,” Gibbs said. “Guys who I have respect for, and who respect me too. In the beginning, I did not want to have any features on the album at all, but that it eventually happened is a blessing.”

Gibbs gave a deeper glimpse that his favorite song has guest verses from Pusha T and Killer Mike on the same cut.

“The song with Pusha T and Killer Mike is my favorite one, and Pusha did not have to do me the favor. I think there are a lot of MCs who are scared to get on the same song as me.”

After four years since Piñata dropped, Babyfaced Killer and The Bad Kid spoon-fed fans a taste of Bandana when they released the album’s first single “Flat Tummy Tea” in February.

They teased fans earlier this month at Coachella with a billboard of the alleged Bandana album cover.

Also, Gibbs stated in a Apple Beats 1 Radio interview with Complex’s Nadeska Alexis that the new album should be dropping in May on the RCA label, the first major label released for both artists.

However, no official release date has been disclosed.

Anderson .Paak’s feature on the Bandana album would be the third time him and Madlib have worked together. Madlib produced the singer’s Malibu debut album single “The Waters” in 2016 and .Paak’s feature “The Strip” from MED, Blu and Madlib’s collaborative album Bad Neighbor in 2015.

The latest project released by Gibbs was his collaboration EP with The Alchemist and Curren$y Fetti released in 2018.