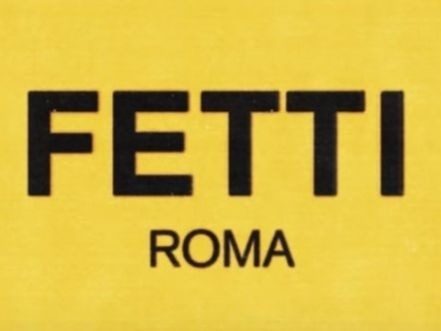 There has been a stockpile of stellar to excellent EPs or seven-track albums released by respected lyricists and mainstream rap stars. The trio of Curren$y, Freddie Gibbs and Alchemist make a case for one of the genre’s best offerings in this category with their collaborative project Fetti.

The nine-track, 24-minute project has Alchemist masterful production bringing gravitas for all of their strengths to seamlessly blend like a Venn diagram while simultaneously shining as individuals. They prove that top-notch lyricism and producer synergy remains the cornerstone of credibility and artist longevity in Hip Hop.

Since both rappers first collaborated on their “Scottie Pippen” in 2011, Andretti and Kane still look to rank high among the best MCs in the rap game. The title suggests their paper chase, but it’s mostly about setting themselves apart about being paid with respect in the streets along their route.

“Andretti and Gibbs, it’s like that barrel to your ribs,” Curren$y spits on “Location Remote,” the project’s onset. He urges for his rap peers to understand the art of emceeing and asserts his place in the conversation on his initial verse on “Saturday Night Special.”

“Within every bar, another motivational quote/While these niggas go through phases, I never mutated or deviated/From the life or mission statement/This is preservation of the vibe/Never let ’em forget the time when you said you was a rapper/Are you for sure?/Had to know how to rhyme,” Spitta quips.

Over an alluring R&B sample and rippling bassline on “The Blow,” Gangsta Gibbs reinforces his rhyme partner’s sentiment. Gibbs raps steadily on beat before breaking into his signature syncopated double-timed cadence about his best work with Alchemist or Madlib on their 2014 critically acclaimed joint album Piñata.

“Coldest nigga you ever heard on Alan or Otis shit/Bitch, it’s liquid golden when I’m over shit/I fill up the track like a Mr. T starter kit, spit the hardest shit/I should grow a motherfuckin’ mohawk and get a black van with a red stripe/Nigga say I got ’em for his weight, I shot him in his face/That pussy boy was dead right.”

In relation to Gibbs’ reference to Mr. T from the 1980s action-packed militia TV show The A-Team, Alchemist is General Hannibal who runs the operation. He’s packed with an artillery of sure-fire beats armed to the teeth for both rappers to let off their rounds. Curren$y is as suave as the show’s mercenary gentleman character The Faceman compared to his brutish counterpart embodying Mr. T’s gritty gangsterism.

“Straight out the sewer like Das EFX/Which one of you fuck niggas want it next/In my dreams I see faces of death/I’ma pray for you hoes, get your Rosary, cross your chest,” Gibbs raps on “Willie Lloyd.”

Spitta plays up his Andretti persona on the blues guitar-laden “New Thangs,” over the ethereal five-chord sampled loop and thunderous bass about his high stakes Jet Life on “Tapatio.”

“It’s like divin’ out the plane/Once that music hit our veins/Tins of Rose Champagne/Mascara telling her tale/Revealin’ her pain/She smilin’ at the same time, she so high/We could live forever tonight/They’ll never catch us, we’ll never die/If you ain’t scared to fly, it’s rainin’ outside/Ralph Lauren, duck boots, will suffice, slidin’ high/Anita Baker serenaded my drive.”

Each of the tracks contain replay value, but the standouts besides the aforementioned are the blues-tinged “New Thangs,” “No Window Tints,” and the punchy funk-heavy snares and easy listening jazz keyboards on “Buddy & Sincere.”

The only tracks that lack equal impact come courtesy of “Now & Later Gators,” where Gibbs reprises his parodied singing from past releases and “Willie Lloyd,” where a monotonous piano beat disrupts the ode to Chicago’s legendary Vice Lords gang leader.

A project of this subtle beauty inevitable to have all three artists intersect they share the same goals of creating music with a Hip Hop purist’s mentality. It’s about money and power first, but with hot beats and rhymes, respect is their cherry on top of the cake they make.