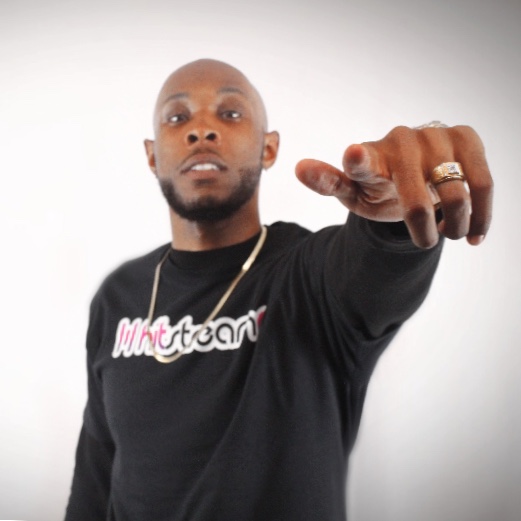 Producer G-Money Says He Has "No Hard Feelings" Toward J. Cole & Bryson Tiller Despite Lawsuit

The complaint comes from Dayton, Ohio producer Gary “G-Money” Frisby, who is accusing Cole and Tiller of stealing his beat for their 2016 songs “Déjà Vu” and “Exchange.” The beat in question comes from Frisby’s 2013 song, “Shawty So Cold.”

Ironically, his producer tag is “You Know I Made Tha Beat.”

“This is about them using his instrumental sound recording to create ‘Déjà Vu’ and ‘Exchange,'” G-Money’s manager, Yvonne Lomax, explained to HipHopDX.

“They didn’t just hear my song on YouTube and say, ‘Oh I wanna make a song like that.’ They actually used my file,” Frisby added.

According to the complaint, Cortez Bryant — Drake’s former manager and Lil Wayne’s current manager — originally solicited the beat in 2013 to use for a Drake song. Frisby claims he sent Bryant the beat, believing he would be entering a contract to become a producer for Young Money.

After Bryant received the track, Frisby wasn’t able to get in touch with him and a few months later, the beat popped up in a YouTube video under the Millionaire Mafia OVO channel, which has since been renamed to The Blue Army.

“They solicited the file for Drake and then put the song on YouTube,” Lomax explained. “The exact beat with his tag in it, saying it was a Drake song on a highly branded OVO channel. Ironically, right before this lawsuit was filed, they remove all of the OVO branding and changed the name of that YouTube channel to something different.”

The beat then allegedly got passed around among producers Foreign Teck, Boi1da and Vinylz, all through one common denominator — Bryant. Vinylz and Boi-1da produced Cole’s 4 Your Eyez Only track “Déjà Vu” and Foreign Teck produced Tiller’s “Exchange.”

Here, G-Money tells his side of the story, talks about his feelings toward Cole and Tiller and where this suit may lead.

So, Cortez Bryant asks you for the recording to use, you send it and he doesn’t pay you. Then the recording ends up in two songs, “Exchange” and “Déjà Vu.” How did you first hear these songs and recognize your recording?

We actually heard the songs on the radio. I knew that Bryson Tiller had put out the song “Don’t,” but when I heard my song, “Exchange,” I knew then, that’s my beat. I knew who stole it and everything.

You posted a video on YouTube in 2016 pointing out the similarities between the songs, why are you just now filing the lawsuit?

They really didn’t want to resolve it. We really didn’t wait to file it. It was more we were trying to talk to them about the situation and let them know what was going on in hopes that they would do the right thing, but they gave us the runaround. We are at the last stand right now, we had to litigate.

Have you had any direct contact with Bryson Tiller or J. Cole since the songs were released or since the lawsuit?

Not Bryson Tiller or J. Cole directly, but their producers, their attorneys as well as the label, have all reached out to us.

How do you feel about J. Cole and Bryson Tiller now?

I feel like J.Cole is a great, influential person. I think he’s a game-changer in this industry, and I feel the same way about Bryson Tiller. I think that they both just got caught up in something that they didn’t really understand, in the process of how the song was made, how it was stolen. No hard feelings toward Bryson and J. Cole.

Have you dealt with similar legal issues before?

How has this made you feel about producing in the industry?

I definitely feel the industry is full of a lot of … I wouldn’t say snakes or bad people, I just think people are making bad decisions for money right now in the industry. And I think that their morals and their values are just getting thrown out the window for a little bit of change and a placement, trying to get their name on the Billboard [charts]. People don’t care how they get these placements nowadays, they don’t really care. They know how to take advantage of producers who don’t really know the game. They know how to take advantage of these artists that don’t really know their contracts. They really get down to the nitty-gritty and do people dirty.

What artists are you working with right now?

According to Frisby’s lawyer, now that the complaint has been filed, all defendants will be required to file a formal answer to the court and from there the suit could potentially go to trial. Cole, Tiller and the other defendants have not yet publicly commented.