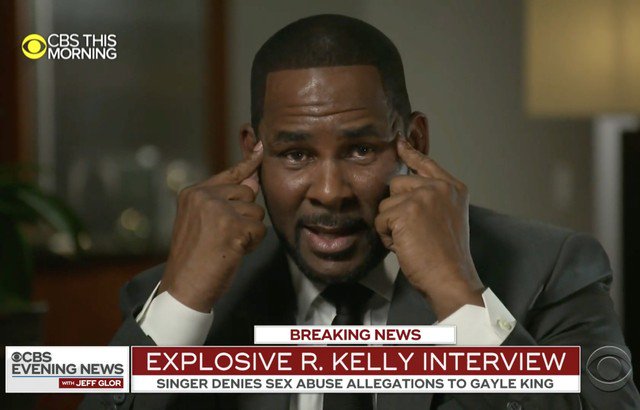 According to TMZ, the embattled R&B singer has an explanation for agreeing to sit down for the cameras. Sources close to Kelly said it was his “spirit” who told him to go through with the appearance.

He explained he “owed it to himself” and his fans to finally open up about the numerous sexual assault allegations against him.

Kelly’s explosive interview with King aired last week and included tears, ranting at the camera, shouting in King’s face, walking away from the interview and an endless trail of denials.

The 52-year-old artist has been under heavy scrutiny since Lifetime aired its damning Surviving R. Kelly documentary earlier this year.

“Everybody says something bad about me,” Kelly told King, referring to the documentary. “Nobody said nothing good. They was describing Lucifer. I’m not Lucifer. I’m a man. I make mistakes, but I’m not a devil. And by no means am I a monster.”

He added, “You can start a rumor on a guy like me or a celebrity just like that. All you have to do is push a button on your phone and say: ‘So and so did this to me. R. Kelly did this to me.’”

Over the last few weeks, he’s been indicted on 10 counts of aggravated sexual abuse, arrested twice (and subsequently bailed out twice) and forced to fork over $161,633 in unpaid child support to his ex-wife Andrea Kelly.

Kelly has pleaded not guilty on all 10 counts.