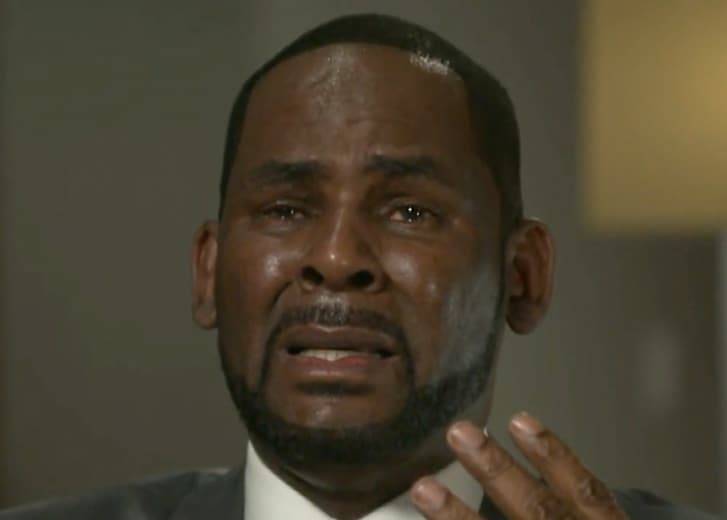 The interview, which began calmly, quickly turned into an out of control circus. Kelly stood out of his chair, raised his voice and cried during the morning news segment. The CBS This Morning co-host remained poised and professional throughout the frenzy.

Kelly sat down with King to speak on the sexual abuse charges that landed him in jail last month.

Twitter held nothing back as they roasted the embattled R&B singer’s public meltdown.

Check out some of the funniest reactions below.

too bad r.kelly can’t read all the bad press he’s getting

WHEN R KELLY STARTED WYLIN AND SAID “IM TRYNA HAVE A RELATIONSHIP WIT MY KIDS” pic.twitter.com/oT1UuMPhJT

Lmfao R. Kelly said he gave us 30 years….. that’s ight bro the judge gone give them 30 years right back to you pic.twitter.com/rhRRbiQlXG

nah i lost it when r kelly said , “i need someone to help me not have such a big heart” boyyyyyyyyy if you don’t gtfoh😭😭 pic.twitter.com/8FtIZLx6gQ

if i hear an r kelly song at the cookout this summer
pic.twitter.com/LHoGS95VCO

R Kelly: I need help…to not have such a big heart
the interviewer: pic.twitter.com/J1WjG5KuDS

i don’t remember this chapter of r kelly’s trapped in the closet but ok pic.twitter.com/6MlyzU9fEe

Gayle looking at R. Kelly during the interview…….pic.twitter.com/RBbos32MmK

I really believed R Kelly was about to break out into song here. pic.twitter.com/dgMLRSGNWP