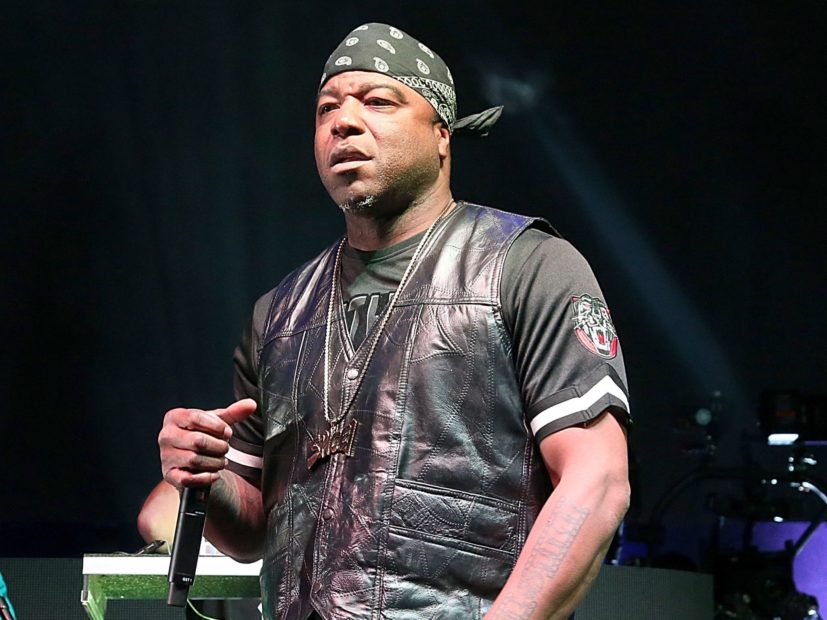 As Spice 1 prepares to unleash his forthcoming Platinum O.G album, he’s already given his fans a taste in the form of “Studio Gangster.” Featuring MC Eiht, Lil Eazy-E and Nawfside Outlaw, the track samples Eazy-E’s “Real Muthaphukkin Gs,” which initially compelled Spice 1 to reach out to the N.W.A legend’s son.

“I had to bring Eazy’s son in it ’cause me and Eazy-E go back,” Spice 1 tells HipHopDX. “So, I was like man, we can go get Lil Eazy in on this right quick.”

Spice 1’s relationship with Eazy was solidified in 1986 when Spice 1 was just 16 years old. Unbeknownst to them at the time, they’d both become integral in laying the foundation for the authentic West Coast gangsta rap sound. He remembers getting a call from Eazy in 1995 a few days before his death.

It was the last call he’d ever get from the pioneering rapper.

“Eazy was cool,” he says. “His last days, if I’m not mistaken — and let me tell the story right — the last time I talked to Eazy, he had flown me out to Los Angeles to come out there to kick it with him and Bone [Thugs-n-Harmony], do some songs and come up to Ruthless [Records] and get it in. I landed in L.A. and was waiting at the hotel for him to hit me up.

“One of the girls from Hoez With Attitude call me and they like, ‘Spice, Eazy wasn’t feelin’ cool so he went to the hospital and that’s when … you know the rest of the story from there. He had literally flew me out there to come out there to fuck with him, kick it and hang out. You ask any of the Hoez With Attitude, they’ll tell you ’cause they called me that day and told me. I’m like, ‘The fuck?’ He flew me out here, so I wanted him to to hit me up when he get up out the hospital. And the rest was on the news.”

Eazy died on March 26, 1995 from complications of HIV/AIDS. Although Spice 1 is grateful for his time with Eazy, it was understandably an emotional moment for everyone who knew him. But some of those relationships formed in the early days carried on.

“Me and Bone kick it a lot,” he says. “I still kind of roll with them and kick it. Every time I see them, it’s all love. We still do songs together and stuff, and kick it just on the strength of that was Eazy. I remember Eazy like, ‘I need you to meet some guys I met from Cleveland’ when I was hanging out with him at a radio station in L.A. one day. So we go back. Just to kick it with little E and do the song with him was cool.”

Spice 1 and Bone are still doing their thing, but some of rap’s current superstars are less than respectful when it comes to their predecessors. Last December, Layzie Bone took on Migos after the Atlanta trio insinuated they were the biggest rap group ever.

“That’s crazy because I’m pissed off about it ’cause there’s no respect for us,” he says. “But, it’s like OK, whatever. We earn our respect. We ain’t gonna sit back and say, ‘Oh give us respect just cause we OGs.’ We still hit it and if we don’t, we don’t, but if we last then we blast [laughs].

“It’s like they gotta realize, it’s what? 20-something years later? And we still relevant. Until they’re in that bracket, in that area … ’cause we all got money when we first started. Everybody was ballin. We all got paper. How long is the paper gonna last? Have you learned anything from our downfall? Because we’re the ones who fell and rose back up.”

While Spice is historically vocal about his disdain for the way some of the new rappers conduct themselves, he still gives props where props are due. He was especially impressed with Drake’s Grammy speech last month.

“He said something where I could look at youngsters and say, ‘OK, at least he learned something.’ He said if you got fans and you getting money, and you got some people who come to your shows and pay money to see you and buy your records, and you’re actually making a living off that, then you won.

“It don’t got nothing to do with nothing else. It has nothing to do with the award. Yeah that was funny because as soon as he started saying that, the Grammy’s cut him off ’cause he was telling the truth. That’s real. I had a job and I used to sell drugs in ’85, ’86. Like I said in my song, I stopped selling dope back in ’90s. So since 1990, I haven’t had to work, sell no dope, pimp no hoes, I ain’t had to do none of that. I’ve been off straight rap music.”

Where were you in 1994 when I released #AmerikkkasNightmare ?

Interestingly enough, it was Too $hort who put him on the path to music.

“I tried to get down and do my thing but Too $hort started picking me up and taking me to the studio,” he recalls. “I was 16. So really, I didn’t get too far into really doing too much because the rap game was just embracing. It really saved me. I’m a example of what Hip Hop can do to the youth.

“As far as me when I was young and now? I’m older. I’ve used my music to take care of my family. I pay my bills. I ain’t spent no $30 million, but I’m working towards it though. Believe that. But I’m comfortable. I’m not broke, walkin’ around pushing a shopping cart. I’m not complaining. I ain’t greedy like that. Whatever God provides me, I’m happy with.”

It adds yet another colorful addition to Spice 1’s extensive catalog, which includes 1993’s 187 He Wrote and 1994’s AmeriKKKa’s Nightmare.