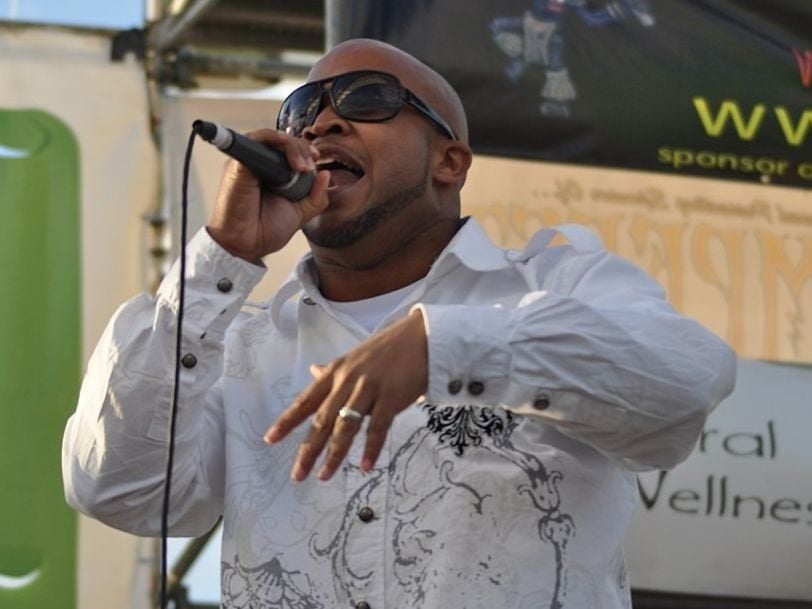 Santa Barbara, CA – Director Marty Thomas, who shot several videos for Ruthless Records artists, 2Pac, Above The Law, Dru Down, Ice Cube and Skee-Lo, passed away in his sleep late last month. News of his passing is just starting to make the rounds, however, his sister Lisa Thomas confirmed his death to HipHopDX.

Marty was the visionary behind Eazy-E’s “Real Muthaphukkin G’s” video and Skee-Lo’s visual for the 1995 smash hit “I Wish.” His relationship with Skee-Lo stretched over two decades and Marty wound up doing several more videos for the Grammy Award-nominated rapper.

“I just got word of Marty Thomas passing last night,” Skee-Lo tells DX. “I want to take this opportunity to send my condolences to his wife and family and close friends as he will be sorely missed. When I think about Marty Thomas, I think about how we first met. I’d just signed a record deal in 1994 with Scotti Bros. records. We were releasing the first single from the ‘I Wish’ album and it was time to produce the music video.

“The record label presented me three directors to choose from and, if memory recalls, I chose the one director fresh out of film school — director Marty Thomas. Marty didn’t force any concepts with ‘I Wish.’ He got to know me as an artist and he included my visions. After meeting him in person he said he thought I’d be a great actor and that’s how he wants the world to see me in this video.”

Marty learned Skee-Lo’s favorite movie at the time was Forrest Gump and he figured out a way to incorporate the film into the video.

“We’re both natural comedians but he went as far as to include the Forrest Gump film in the underlining ‘I Wish’ story,” he says. “I believe that was a first ever. We shot the ‘I Wish’ video in Los Angeles, The Jungles and Leimert Park. I remember having to make peace with the local gangs who sweated us the entire video shoot, but they also brought their kids to take pictures with me as soon as we were done.

“Marty and I made history together. And although he’s worked with legendary artists before me, he’s always credited the ‘I Wish’ video as the launch of his film career. In fact, every time I watch music videos today, if it has a movie as the underlining theme, I think about what inspired that! I think about Marty Thomas and I think about ‘I Wish,’ the contribution of our work and its effect on the music industry today. Marty Thomas is a brilliant director and a very good friend. He will be sorely missed.”

“He had an extraordinary talent of connecting with people and people to each other through his incredible humor and creativity,” Lisa tells DX. “He transcended differences people had. It was uncanny at how he could reach the hearts of people through his humor, opening and warming people’s hearts no matter who they were regarding age, gender, race, nationality or socioeconomic standing.

“He approached complete strangers when walking on the street or eating out or standing in line at the grocery store generating a laughter among simple strangers where there was silence and indifference. He lifted people up, gave them joy and the feeling of connection. His humor had depth. It was his tool to reach people’s hearts through laughter.”

During Marty’s time at MTV, he was responsible for directing numerous rap and R&B videos and eventually went on to start writing films with his partner and producer Jon Zuber.

Marty leaves behind the love of his life Shelise, his sister and parents Ray and Sunni.

“Marty lived vibrantly,” she says. “He worked extraordinarily hard and played just as hard. He brought laughter and joy to thousands throughout his life through his humor, creativity and ability to embrace complete strangers whom then became his comrades for life. Rest in Peace big brother. We will see you when we go where you are.”

“THIS REALLY CUTS DEEP!” he wrote in all caps. “REST IN HEAVENLY PEACE TO OUR FAM – MARTY THOMAS!!! MARTY WAS RESPONSIBLE FOR DOING ALL OF THE RUTHLESS ARTIST VIDEOS IN THE 90’s.

“VIDEOS LIKE SLOW BURNER, BLACK SUPERMAN, EAZY E ANY LAST WERDZ , REAL COMPTON CITY Gz etc. HE ALSO WAS A BIG TIME DIRECTOR FOR THE BIG SCREEN! MOST IMPORTANTLY, HE WAS & WILL ALWAYS BE OUR DEAR FRIEND!”