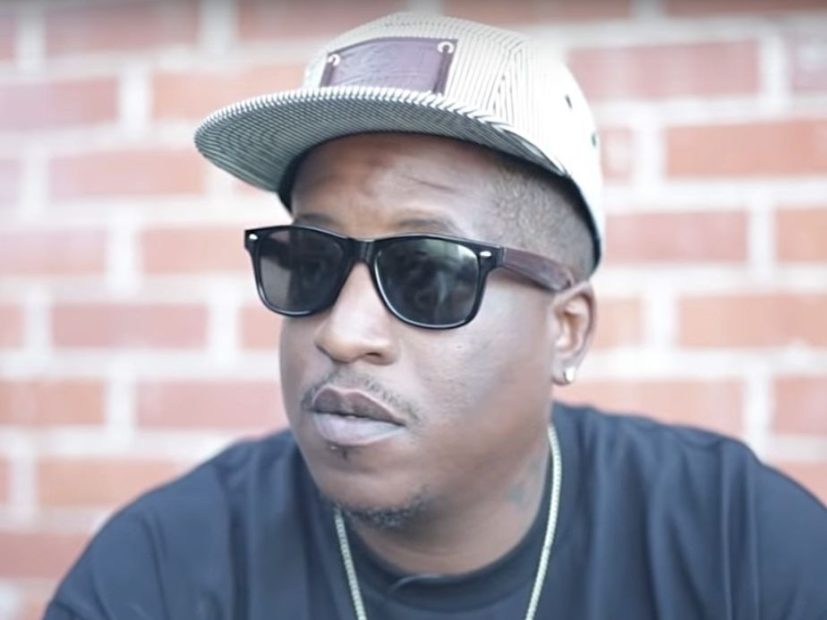 Outlawz rapper E.D.I. Mean was in the car traveling behind Tupac Shakur on the night he was shot at a Las Vegas intersection. In the moments after the gunfire rang out, E.D.I. Mean reacted the way anyone else would — he simply wanted everyone to walk away with their lives.

“I just wanted him to be alright,” he tells HipHopDX. “He had been through so much already. I just really, really, really wanted him to be alright. You know what I mean? That’s really it. That’s really the only thing I could think of. I was just concerned. You know what I am saying? For him and Suge [Knight] to be honest with you. I was concerned for both of them.”

But rather than be allowed to follow his close friend and collaborator to the Las Vegas’ University Medical Center — Pac died six days later on September 13, 1996 — the LVPD held him at the scene for questioning.

“We were held up by the Las Vegas police for hours after that happened,” he says. “‘Pac was already at the hospital, you know what I mean, being attended to. We were laying on the hot Las Vegas pavement being questioned about our gang affiliation, who we with, who did what, that kind of thing. So we were actually out there for a few hours before we even got a chance to get away from there.”

Like so many others, E.D.I. Mean simply wants the murder to be solved and those responsible for ‘Pac’s death to be held accountable.

Suge Knight was in the car with ‘Pac when the incident went down. The former Death Row CEO, who once had the world at his fingertips, is currently behind bars serving a 28-year sentence for the death of Terry Carter. He won’t be eligible for parole until 2037.

“I really got one word — it’s unfortunate,” he says of Knight’s fate. “It’s really unfortunate.  That’s really the main emotion that comes to mind when you think about it. Somebody that literally had the game in the palm of his hand at one time. It’s unfortunate to see where he’s at now. You know what I mean? It is what it is.

“I wasn’t there but life, you know, we live and learn and we make mistakes. His journey is not over as long as he is breathing. There’s a bunch of lessons to be learned. It’s also a cautionary tale for young, up-and- coming Hip Hop moguls in the making. Let’s learn from the mistakes of our predecessors. We have to.”

Armed with the lessons he’s learned, E.D.I. Mean has his sights set on the future. He and the rest of the Outlawz are planning to release a documentary telling their story. E.D.I. Mean also released his fourth solo album — Hope Dealer Pt. 2 — last December. The title comes from his “Hope Dealer” nickname.

“I’m a pretty positive dude,” he explains. “It’s my nature. When a friend is down and feels like it’s all over, I’m the one that’s going to tell him, ‘You got to keep fighting. You got to keep pushing.’ When I started calling myself the ‘Hope Dealer,’ it was actually during through a period of time in my life where I was going through some pretty heavy stuff. My mom was battling cancer, I had a sick child. I needed some hope myself. Help and hope.

“Doing the music and staying in the studio and creating gave me hope. And so I just started calling myself the ‘Hope Dealer’ one day. It just kind of came out naturally. I’m the ‘Hope Dealer.’ I need hope. I give hope. It stuck. A couple of years after that, I was working on a project. I wanted to put a solo album out, the first real solo album of my career. I said, ‘Fuck it, let me name it the Hope Dealer.‘”

Although E.D.I. Mean admits some people think his positivity masks his deep-seeded emotions, he uses music as his catharsis.

“I’m actually a person who has a lot of feelings and what not, but I believe in having a positive attitude no matter what you are going through in life. Period,” he says. “A positive attitude will bring you through it. Music is like therapy and that’s what music is for. That’s what it should do for you, if used correctly.

“That’s exactly what got me through [the heavy stuff]. Ever since I was a little kid, music has always been there for me. When I didn’t have anybody else, music was always there.”

And he feels the same way about Tupac. Despite ‘Pac’s death, E.D.I. Mean believes he’s still around.

“I feel like his spirit is omnipresent,” he says. “It’s always there. Even now, with social media being as big as it is, we always see his pictures, his quotes, old videos, old songs. Young and new artists acknowledge him and pay respect to him. Even the younger generation, through YouTube and things like that, are getting hip to his music.

“I literally have 14, 15, 16-year-olds that DM me, message me and email, saying things like, ‘I wasn’t even alive when you guys were running around doing your thing, but I love this music and you guys are great.’ So that’s dope. Music is forever.”