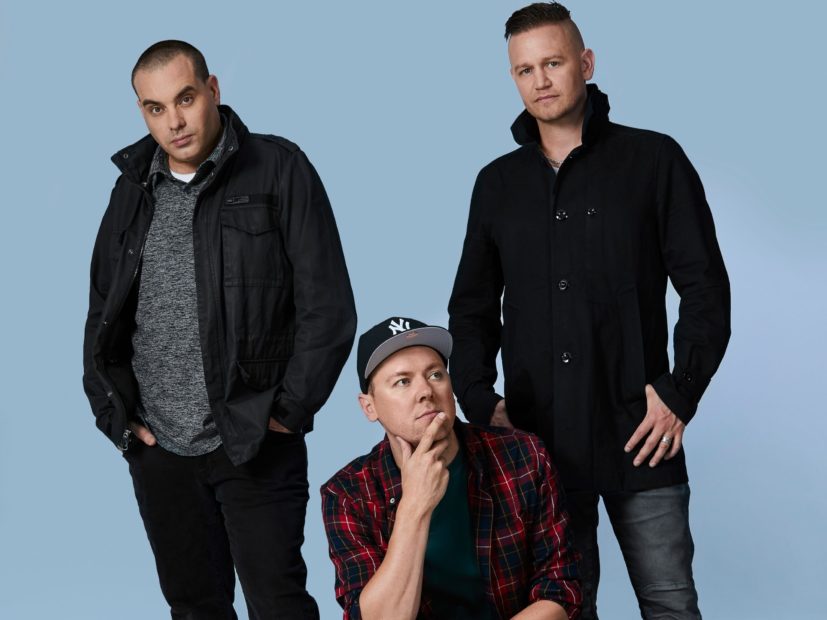 HipHopDX Premiere – Straight from the Down Under, Hilltop Hoods are back with their eighth studio album, The Great Expanse. The 13-track project finds Suffa, Pressure and DJ Debris in top form, delivering their unique brand of Australian flavored Hip Hop with a vengeance.

“We never stop writing,” Suffa tells HipHopDX. “We did have a conversation where we were like, ‘Let’s just write as hard as we can and go over the top.'” Pressure adds, “We definitely push ourselves creatively more with every record,” while Debris says, “We’ve always got beats on hold.”

The Great Expanse is two years in the making and follows 2014’s Walking Under Stars.

“We wrote most of it over a two-year period, but some of the ideas were even older — like a hook or a verse here or there,” Pressure explains. “We pulled back on the touring a lot, just the odd festival slot or a month overseas.”

Now that the album is complete, it’s clear the first two thirds of the project are more upbeat than previous efforts, something Suffa confirms was a conscious choice.

“That was deliberate,” Suffa says. “When we were working on the tracklist, we were like, ‘How do we make this make sense?’ because there was so much light and shade.”