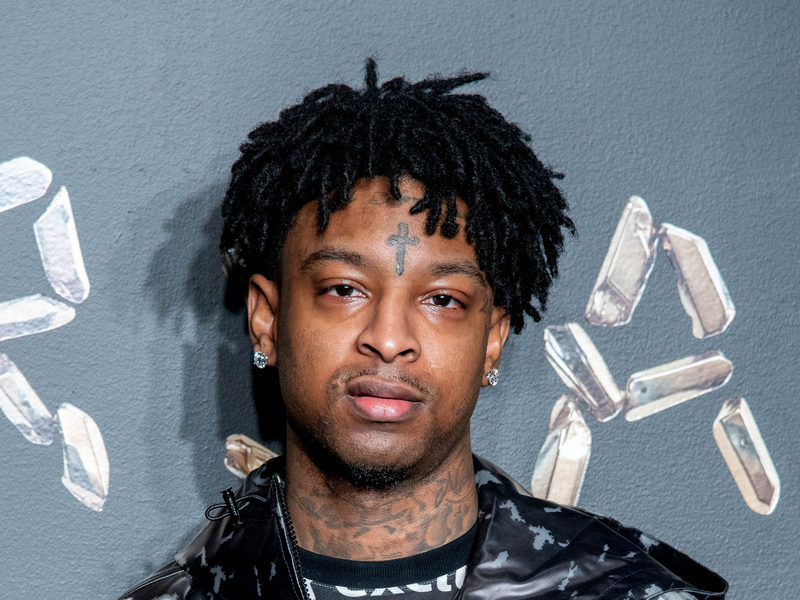 Atlanta, GA – 21 Savage’s legal representatives have issued a statement on his behalf in an attempt to combat misinformation.

The Epic Records artist was revealed to be British when he was arrested by U.S. Immigration and Customs Enforcement (ICE) on Sunday (February 3). While the revelation caused many to question his backstory, 21’s team noted he was indeed born in the United Kingdom but came to the United States when he was 7 years old.

According to 21’s team, he entered the country under an H-4 visa. H-4 visas are given to the immediate family members of H-1B visa holders, who are allowed to legally work in the U.S.

Earlier this week, ICE claimed 21 “initially entered the U.S. legally in July 2005 but subsequently failed to depart under the terms of his nonimmigrant visa.”

21’s reps say he stayed in the U.S. until June 2005, when he visited the United Kingdom for one month. According to them, he returned to the U.S. under a valid H-4 visa in July 2005. Although they admit he lost his legal status in 2006, 21’s team notes he was a child with no means to address his immigration status on his own.

The statement claims 21 is eligible for cancellation of removal from an immigration judge. Reasons cited for his eligibility include his near 20-year residency in the U.S. and having multiple family members who are citizens or lawful permanent residents.

21’s team also reiterated his immigration status was never hidden from any federal agencies. They specifically noted the Department of Homeland Security knew his address after he filed for a U visa in 2017.

Read the entire statement below.

There has been a great deal of misreporting in the case of She’yaa Bin Abraham-Joseph, known professionally as 21 Savage. Conjecture and misinformation help no one make good decisions and leads to false conclusions. Here are the facts:

Mr. Abraham-Joseph, like almost two million of his immigrant child peers, was left without immigration status as a young child with no way to fix his immigration status. These “Dreamers” come from all walks of life and every ethnicity. Mr. Abraham-Joseph has no criminal convictions or charges under state or federal law and is free to seek relief from removal in immigration court. ICE provided incorrect information to the press when it claimed he had a criminal conviction.

Mr. Abraham-Joseph has three US Citizen children, a lawful permanent resident mother and four siblings that are either US Citizens or lawful permanent residents. He has exceptionally strong ties in the United States, having lived here since he was in the first grade. Because of his length of residence in the United States and his immediate relatives, Mr. Abraham-Joseph is eligible to seek Cancellation of Removal from an Immigration Judge.

Mr. Abraham-Joseph has a pending U visa application with the USCIS. This U visa was filed as a result of being the victim of a deadly shooting in 2013. That visa was filed in 2017 and remains pending. When granted, the U visa will afford him lawful status in the United States. Generally, ICE has recognized a pending facially valid U visa as a basis to delay removal proceedings and release individuals from custody.

There continues to be no legal reason to detain Mr. Abraham-Joseph for a civil law violation that occurred when he was a minor, especially when people in his exact situation are routinely released by ICE. Many have speculated as to possible ulterior motives for his arrest and detention, including that he released music five days prior to his arrest by ICE, which included new lyrics condemning the behavior of immigration officials for their detention of children at the border. We are unaware of why ICE apparently targeted Mr. Abraham-Joseph, but we will do everything possible to legally seek his release and pursue his available relief in immigration court.