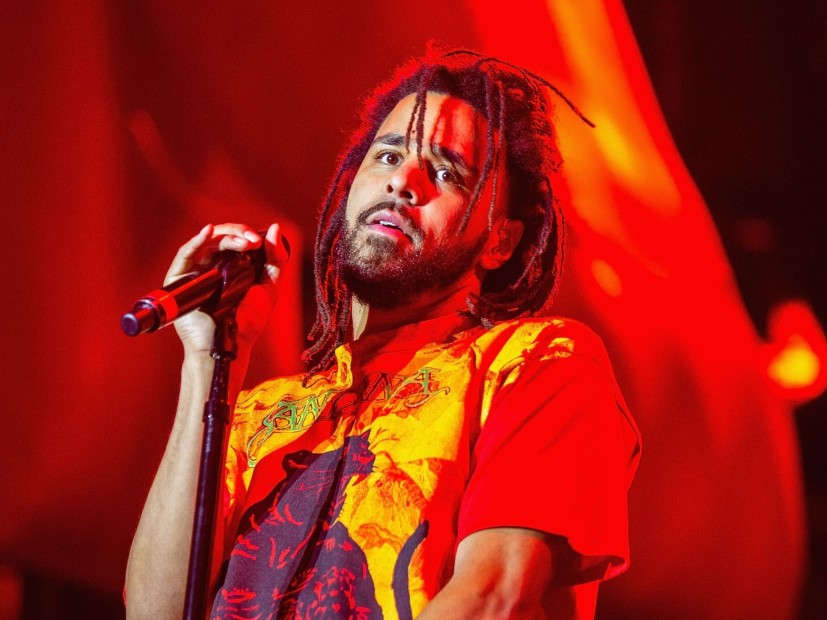 HipHopDX – This week in Hip Hop, J. Cole and his Dreamville squad began work on the Revenge of the Dreamers III compilation with some big names joining them in Atlanta. Also, Tekashi 6ix9ine’s girlfriend posted a picture of the two hugging during a recent prison visit. Lastly, R. Kelly reacted to the Surviving R. Kelly doc with threats of a lawsuit (again).

Dreamville Records is working on their Revenge of the Dreamers III compilation, and they’re making an attempt to get it done in 10 days. The label’s president Ibrahim “Ib” Hamad announced the timetable on Twitter and some of Hip Hop’s top stars headed to Atlanta for the special recording sessions.

Rapper Big Pooh, K Camp and Top Dawg Entertainment’s REASON were among the first artists summoned to create music with J. Cole and the rest of the crew. Big K.R.I.T., Wale, Benny The Butcher, Wale, Smino, Rick Ross and T.I. were among the notable names spotted at the studio.

Tekashi 6ix9ine was arrested on RICO charges last November and has remained behind bars ever since. His girlfriend Jade paid a visit to him and shared the first picture of the controversial rapper since he’s been locked up — with no conjugal visits allowed.

The image showed the couple sharing a little PDA, complete with Tekashi’s hand scooped under Jade’s behind.

“He’s good luv, enjoy” she captioned the pic on Instagram.

6ix9ine is currently awaiting trial, which is scheduled to begin in September.

R. Kelly Plans To Sue Everybody After Doc Exposé

Following the airing of Lifetime’s Surviving R. Kelly docu-series, R. Kelly announced plans to launch a website to discredit his accusers. He also wants to “sue everybody who had anything do with this,” TMZ reports.

While a website hasn’t gone up nor has a lawsuit been filed, R. Kelly was put under investigation by the Fulton County District Attorney’s Office. Several of the alleged victims have already spoken with investigators.

Some of Kelly’s industry peers have begun to distance themselves from Kelly in the aftermath of Surviving R. Kelly.

Among the celebrities distancing themselves are fellow Chicagoans Chance the Rapper and Common.

Beyond Chi-Town, Lady Gaga vowed to pull her R. Kelly duet “Do What U Want (With My Body)” from streaming platforms.

Kelly is certainly feeling the backlash and has reportedly been hospitalized due to having panic attacks.

Though Egyptian Lover just released 1985 last November, the Hip Hop pioneer is already working on his next project, 1986. The veteran artist told HipHopDX’s Kyle Eustice about his album plans in a recent interview.

Del The Funky Homosapien Cops To LL Cool J Diss: “I Ain’t Proud Of It”

Eminem included Del The Funky Homosapien on his “12 Days of Diss-Mas” picks for dissing LL Cool J on his 1993 track “Wack MCs.”

Del The Funky Homosapien dissed LL with the line, “Why swoon when you hear a ballad, is what I tell a broad/Cause L a fraud, he ain’t hella hard/I used to look up, now I want to cook up.”

In an interview with DX, Del admitted he was young and pressured by those around him to do it.

“I only really half believed it at the time,” he said. “It was just peer pressure and me wanting to impress Hieroglyphics. I ain’t proud of it. LL is actually one of my favorites ever ’til this day. I just felt some sort of way cause everyone was going on about how LL dissed me, so I was hurt.”

In an extensive conversation with DX, Outlawz member E.D.I. Mean revealed what he was thinking after Tupac Shakur was shot in Las Vegas in 1996.

“I just wanted him to be alright,” he said. “He had been through so much already. I just really, really, really wanted him to be alright. You know what I mean? That’s really it. That’s really the only thing I could think of. I was just concerned. You know what I am saying? For him and Suge [Knight] to be honest with you. I was concerned for both of them.”