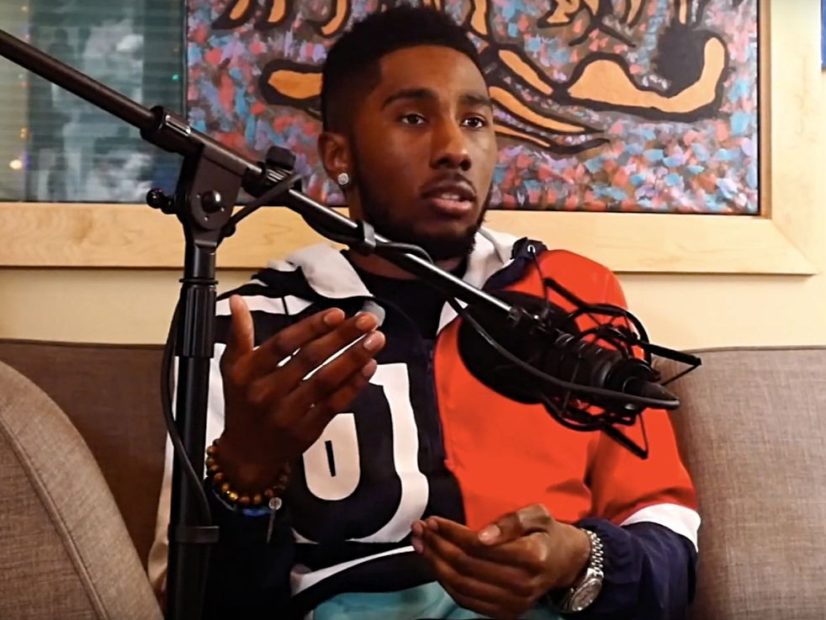 50 Cent had social media up in arms last month when he made a questionable comment aimed at his son. Underneath an Instagram photo of Marquise Jackson and Supreme Griff’s son Kyle McGriff, the Power executive wrote, “if both these little niggas got hit by a bus, I wouldn’t have a bad day.”

Griff, of course, is 50’s longtime rivals who allegedly plotted to have him killed. He’s currently serving a life sentence for murder conspiracy and drug trafficking.

50 was apparently upset Marquise was hanging out with Griff’s son. But now, McGriff has revealed the truth behind the photo — it’s four years old.

During a recent appearance on the YouTube show FlipDaScript, McGriff explained when he initially took the picture, he didn’t know who Jackson was. In fact, it was one of his friends who made the connection and pushed them to pose for the photo. It didn’t surface publicly for two years after it was taken.

“He didn’t tell me until after we left out of the club who that was,” he says in the clip. “I’m just takin’ the picture and then he told me once we got outside the club who it was.”

Once he discovered Jackson was 50 Cent’s son, he found it “funny.”

Watch the episode below. McGriff’s comments about the photo begin around the 2:28-minute mark. [apple_news_ad type=”any”]