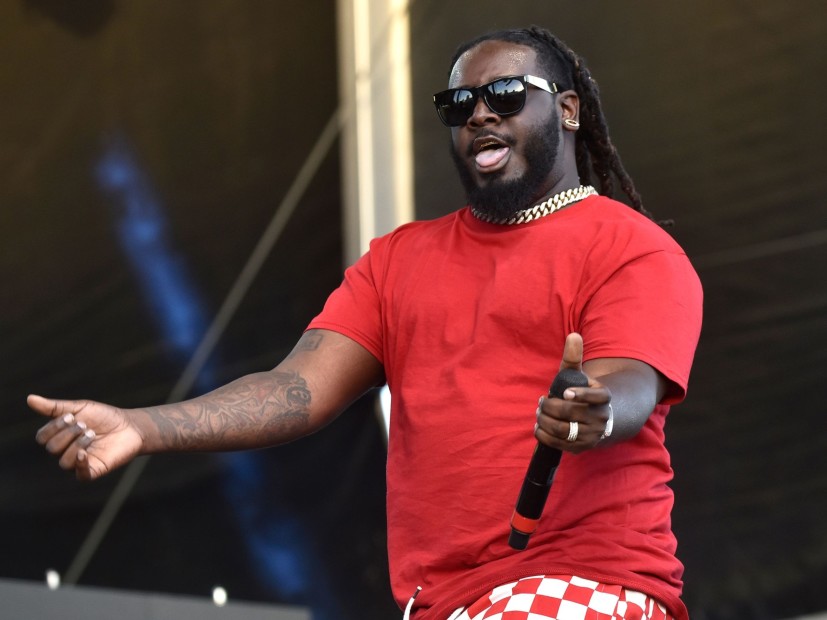 T-Pain Auto-Tuned his way out of poverty a long time ago, but if his ex-manager is telling the truth, the Florida-bred superstar needs to put himself on a budget. According to The Blast, Chase Management says Mr. Tallahassee Pain has “squandered” millions of dollars over the course of his career.

The veteran singer/rapper filed a lawsuit against Chase earlier this year accusing them of illegally taking commission, but on December 11, the company decided to countersue T-Pain for allegedly cheating them out of money they’re owed for a post-termination management commission.

“In a futile effort to come up with a negotiating strategy to help T-Pain leverage his way out of his irrefutable legal obligation to pay Chase post-termination management commissions, believed to be in excess of $1 Million, T-Pain finds himself reduced to fabricating absurd and baseless claims against his former manager,” the company said in a statement. “Despite repeated demands by Chase, T- Pain has refused to account to or pay Chase for their rightful share of commissions.”

Chase says T-Pain originally breached their deal by refusing to pay their commissions. The deal reportedly states once their contract was terminated, Chase would still be able to collect commissions for five years after the termination.

Since the termination, T-Pain has incurred music publishing royalties with Universal Music, a recording artist agreement with RCA for a five-album deal, $2 million advance paid to by Universal, digital royalties and many other alleged deals.

Chase is suing for approximately $1 million dollars in damages and denies any wrongdoing.

T-Pain, on the other hand, accuses his former management of illegally taking commissions without an official talent license. He also wants in excess of $1 million in damages and any commissions they made since 2005 to be returned.