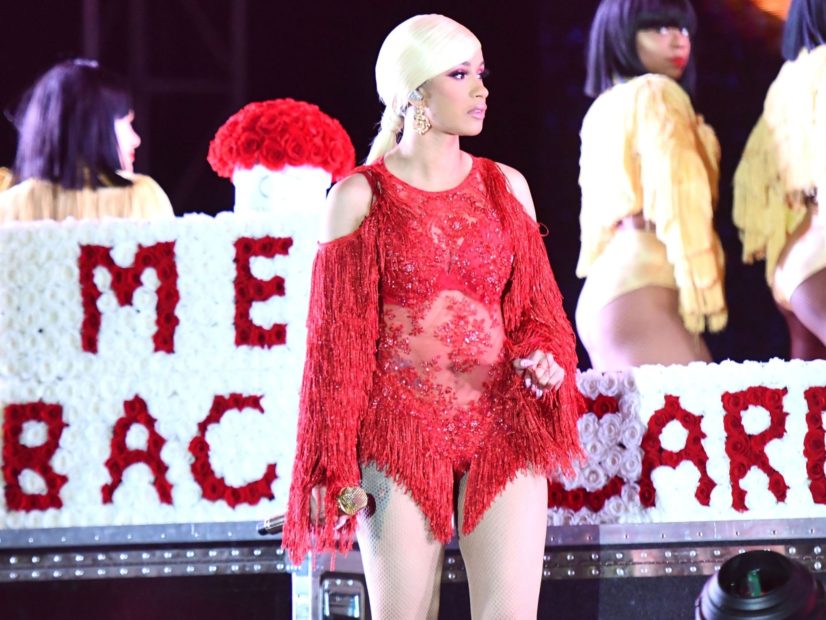 Los Angeles, CA – Shortly before Cardi B took the Rolling Loud stage in Los Angeles on Saturday night (December 15), the festival’s Twitter account posted a since-deleted tweet that read, “Whatever happens tonight on the @audiomack stage, it’s going viral. “Make sure you’re there tonight for Bardi.”

WOW. Rolling Out deleted the tweet in which they basically admitted their complicity in Offset's harassment of Cardi. Is it because people are calling it what it is? pic.twitter.com/r0xRk1qkv3

Sure enough, Cardi’s now-estranged husband and Migos rapper Offset crashed her set with a desperate plea for forgiveness. Taking Rolling Loud’s tweet in account, many people came to the conclusion the festival’s organizers helped plan the ambush — something they adamantly deny.

In a statement to the Los Angeles Times, Rolling Loud co-founder Tariq Cherif explained how they were blindsided, too.“

“We were told she was going to have a guest star during her set, that it was going to be [Offset’s full group] Migos, but we didn’t know anything about that stunt” Cherif said. “We’re getting blamed as if we conspired to do this, and I just want to make it clear that we did not. Cardi’s management was in on it, it had nothing to do with the festival. The artist is in full control of the stage and they determine who gets on and off.”

Following the stunt, people flooded Twitter to criticize Offset and his audacity to ruin another milestone in Cardi’s career. Her headlining set was the first time a woman had ever been given the honor.

“We sent her a [direct message] on Instagram saying we loved her, and that if she didn’t know, that we’re sorry it happened,” Cherif said. “It was a stellar performance and we want to align ourselves with her for years to come.”

The rapper brought out flowers and a cake set up that spelled out “Take Me Back Cardi” on stage. Cardi B was not feeling the gesture and had him and the set up removed. pic.twitter.com/MBh3xUWrls

Despite the public’s outrage, Cardi quickly defended the father of her child for causing the disruption and recognized he’s “trying.”

Offset later explained why he felt compelled to make another public apology.

“All of my wrongs have been made public, i figure It’s only right that my apologies are made public too. A nigga was just trying,” he wrote. “thank god I ain’t got no balloons sheeesh.”

Cardi announced the couple had split earlier this month amid allegations of Offset’s infidelity.