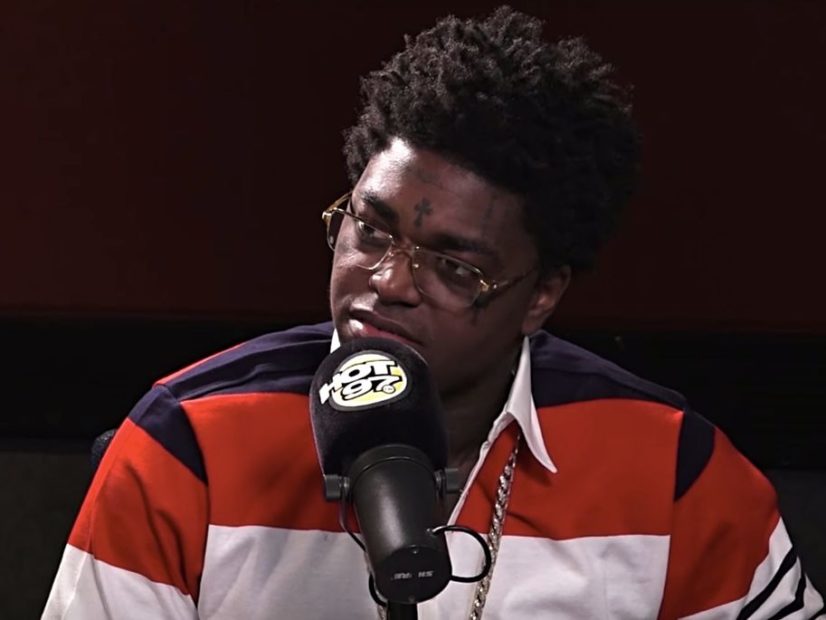 As they deliberated over the drama from yesterday, Peter and Laura say they feel Ebro could have handled the 21-year-old rap star a bit gentler, however, Ebro wasn’t for Kodak cussing at his co-hosts and “ice grilling” him.

Eventually, the radio vet expressed regret for how everything went down. He did double down on his choice to bring the case up, however, he admits he could’ve directed the conversation differently.

“I did not want it go that way,” he says. “I’m not happy it went that way. I feel bad that it went that way, because I felt like I was honestly trying to have a balanced conversation with an individual who has a crazy past, dealing with some very real things, it’s very right now. It makes nobody happy. I really really wanted to end that in a good way.”

As to why they brought the pending case up in the first place, Rosenberg says it was their responsibility.

“It would be irresponsible for us to do the show, where we talk about all the things we talk about, social justice, the #MeToo movement, Trump…to have the artist on the show, talk about how talented the artist is, and never once mention that in April he faces sexual assault charges for a woman raped in a hotel room,” Rosenberg asserts.

I was tryna have a balanced convo with Kodak Black & not ignore the serious allegations against him but also not ask specifics to make his situation worse… and he wanna get an attitude with me?? Nah….

Throughout the interview, Ebro, Rosenberg and Laura compliment Kodak on his talents and intelligence but say the “Roll In Peace” artist can do a lot better in the communication department.

Legally, the Pompano Beach, Florida rapper is not at liberty to speak on the case. This may explain why he got tight after Ebro brought it up again towards the end of a relatively positive interview.

Everyone was in agreement that the tipping point for Kodak’s relative annoyance was when Ebro hit him with, “You seem upset that I brought it up.”

Kodak is facing sexual assault charges for allegedly raping a teenage girl in 2016 and will be headed for trial April 2019. He faces up to 30 years in prison if convicted.

[This article has been updated. The original version was published on December 12, 2018 by Kyle Eustice and can be found below.]

Things took a hard left at the end of Kodak Black’s recent interview on Hot 97’s Ebro In The Morning. As the Broward County-bred rapper is chopping it up with co-hosts Peter Rosenberg, Ebro Darden and Laura Stylez, Ebro confronts him about the sexual assault allegations pending against him.

“But we hope to have you back so we can have a deeper conversation about that because it’s a serious topic and we’re hearing these stories a lot.”

Kodak, who is noticeably uncomfortable at this point, gives Ebro a blank stare. Rosenberg attempts to change the subject and jumps in with a question about the 1969 moon landing.

“One thing we were talking about on the show today that for some reason I just have a hunch that you would care about this: the video that landing on the moon was a conspiracy,” he says. “Kodak, do you believe that our moon landing in 1969 actually took place?”

Kodak replies, “What the fuck y’all talkin’ about? I feel like, sometimes when niggas goin’ through shit, y’all be entertained by bullshit. So it’s like, change the subject or I’m finna walk out.”

After Ebro tells him that’s what Rosenberg was trying to do, Kodak says, “That’s bullshit too. Talk about something else.”

But before Rosenberg gets a chance to switch things up, Ebro tells him, “We don’t have to talk about nothing else. We could be done right now.”

Kodak gets up to leave but not before Ebro mutters off-camera, “You won’t tell me what to talk about on my show.” Kodak quickly responds, “Fuck you.”

In April 2017, Kodak was indicted on a sexual assault charge that allegedly occurred at a Florence, South Carolina Comfort Inn & Suites in February 2016.

The 21-year-old Pompano Beach native is scheduled to appear in court next April.