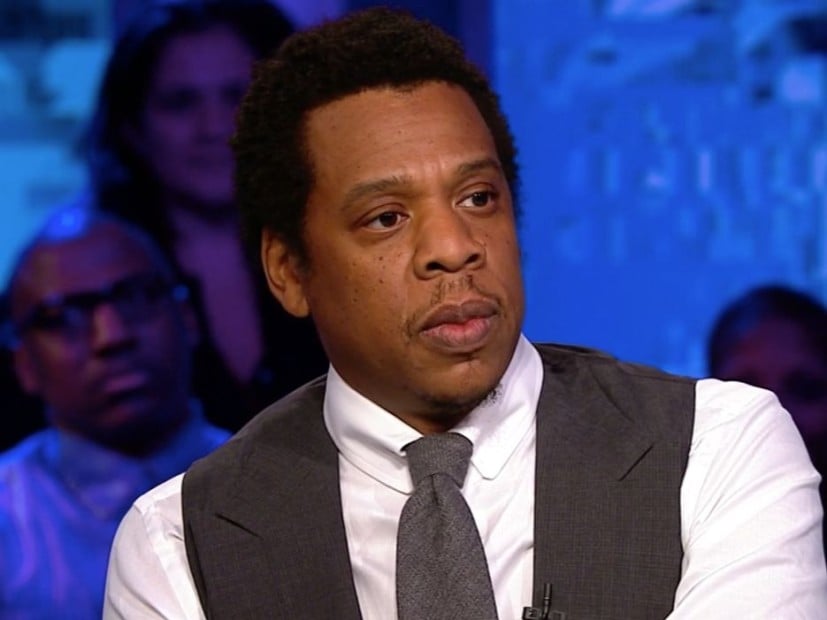 After JAY-Z referred to Donald Trump as a “superbug” during the premiere of CNN’s The Van Jones Show on Saturday (January 27), the current POTUS fired back. On Sunday (January 28), Trump headed to his favorite mode of communication — Twitter — to respond to the Hip Hop giant and patted himself on the back for a decline in the African-American unemployment rate.

“Somebody please inform Jay-Z that because of my policies, Black Unemployment has just been reported to be at the LOWEST RATE EVER RECORDED!,” Trump wrote.

Somebody please inform Jay-Z that because of my policies, Black Unemployment has just been reported to be at the LOWEST RATE EVER RECORDED!

Trump’s retort was specifically aimed at Hov’s answer to Van Jones’ question about whether it’s acceptable for Trump “to say terrible things but put money in our pockets” amid Trump’s assertion that unemployment for African-Americans has dropped.

The 4:44 mastermind refuted that claim “because it’s not about money at the end of the day. Money doesn’t equate to happiness. It doesn’t. That’s missing the whole point.”

He added, “You treat people like human beings. That’s the main point. It goes back to the whole thing — ‘treat me really bad and pay me well.’ It’s not going to lead to happiness, it’s going to lead to, again, the same thing. Everyone’s going to be sick.”

As reported by CNN, there’s been a slight improvement. In 1990, only 11.3 percent of African-Americans had four-year college degrees, compared to 22 percent for whites, according to Census data. In 2017, those numbers had risen to 24 percent and 34.5 percent.

Hov was the first guest on The Van Jones Show and during the conversation, he opened up about his marriage to Beyoncé, the #MeToo movement and his critically acclaimed album, 4:44.

(The original version was published on January 27, 2018 and can be found below.)

JAY-Z already confessed his extramarital affair on his 14th studio album, 4:44. On the title track, he issued an apology to his wife Beyoncé and seemed genuinely haunted by his indiscretions.

“I apologize often womanize/ Took for my child to be born/ See through a woman’s eyes/ Took for these natural twins to believe in miracles/ Took me too long for this song/ I don’t deserve you,” he rapped. Now, as the first guest on The Van Jones Show on CNN, Hov explains in further detail why he decided to fight for his marriage.

“[She’s] my soul mate, the person I love,” he said. “For us, we chose to fight for our love. For our family. To give our kids a different outcome. To break that cycle for black men and women.”

He added, “We were never a celebrity couple — we were a couple that happened to be celebrities. We are real people.”

Elsewhere in the interview, the Hip Hop mogul touched on several politically charged topics, including the #MeToo movement. He believes it’s comparable to civil rights struggles.

“What we’re finding out?,” he asked. “It’s like racism — it existed the whole time. It’s almost like we normalized it. It’s the normalization of the things we do to survive. “I believe everything happens for a reason. Everything is a learning experience — the good, bad and the ugly. You know, this had to happen … What’s the alternative? You have to survive in America … things needed to be uncovered for the world to correct itself. … This had to happen for the world to purge itself.”

Although the full interview isn’t available (yet), watch a clip above where JAY-Z opens up about his firstborn daughter Blue Ivy, Trump’s “shithole”comment and the aforementioned #MeToo movement.