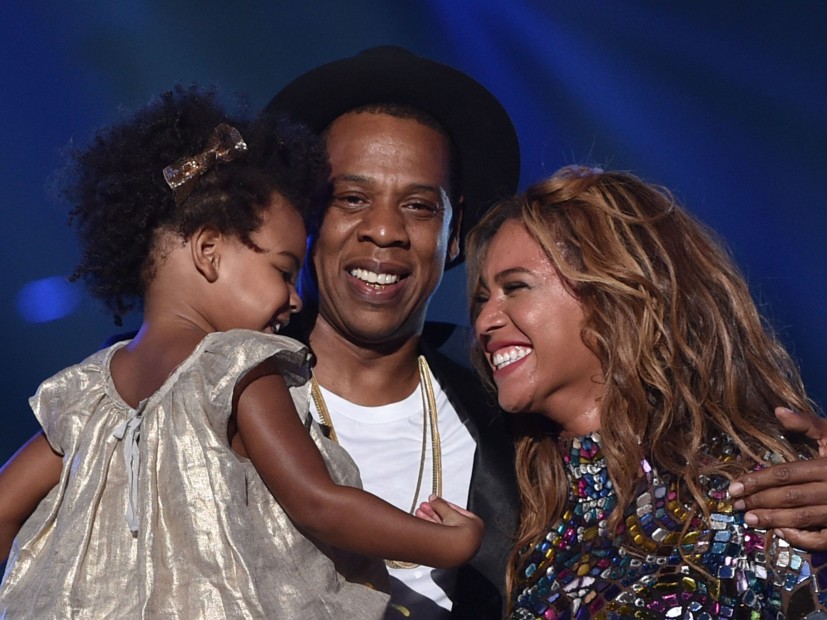 The Internet Dubs Blue Ivy The Next Big Thing After Her "4:44" Freestyle

With DNA from both JAY-Z and Beyoncé, their seedlings are likely to have some musical talent coursing through their veins. Five-year-old Blue Ivy, the couple’s first daughter, is already proving her skills on the mic. On the track “Blue’s Freestyle/ We Family,” one of three bonus tracks from JAY-Z’s 4:44 album, the little one rolls through with some bars of her own, proving the apple doesn’t fall too far from the tree.

Get all the way into this Blue Ivy freestyle. Boomshakala pic.twitter.com/TLNLJdxKQF

Naturally, the internet has something to say. The majority of people chiming in on Blue’s verse have been quick to (hilariously) dub her as the next big rapper. From those who are warning Nicki Minaj to watch out for Blue to the countless DJ Khaled and baby Asahd references, the internet proves, once again, that it’s undefeated. Even Adele was feeling it. Boom shakalakaa!!

Asahd pulling up to the studio after hearing Blue Ivy's verse pic.twitter.com/l2GD9TvCtH

Real talk, I can understand Blue Ivy's freestyle more clearly than anything the Migos put out. #SorryNotSorry pic.twitter.com/w8eP5B5RNn

Me not understanding but still vibing to Blue Ivy's freestyle pic.twitter.com/7ttIpYTtrZ

Me before listening to Blue Ivy's freestyle: Really, they got Blue out here rapping? ?

Me after listening to the freestyle: Yasss Blue! ??? pic.twitter.com/OyUm6bEXK6

Blues freestyle in 4:44, A LEGEND IN THE MAKING, nicki is shook

Blue Ivy's 45-second gibberish freestyle was better than all of this year's XXL freestyles. pic.twitter.com/eRVVmJS4kI

Heard Blue Ivy's freestyle and had to fix the cover. pic.twitter.com/SY5LMBDObS

When folk can understand Blue Ivy's freestyle more clearly than anything from them Migos, Uzi, Yatchy rappers. #SorryNotSorry #ATALL

Blue Ivy murked XXL's 2017 freshman class with that one freestyle