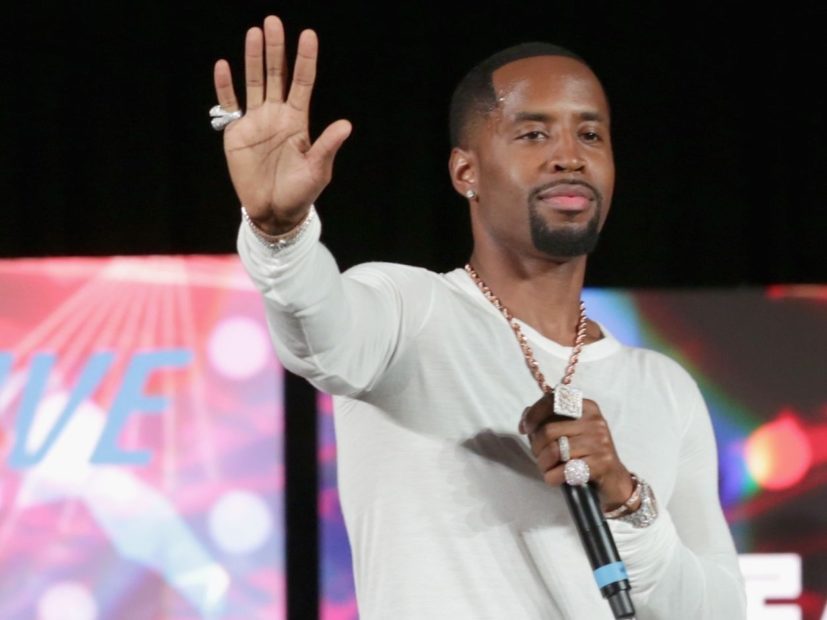 Los Angeles, CA – Safaree Samuels recently sat down for a Raq Rants segment where he opened up about his feelings toward former rival Meek Mill. When asked if he’s ready to squash their beef, the Love & Hip Hop star explained it’s essentially old news.

“Even as far as Meek — and I can see in Meek and everything he does now — he’s way more mature then he was even a year ago,” he says in the clip. “From what he’s been through, I can tell he ain’t on no B.S. because when I hosted the BET Pre-Awards and all that, [Rick] Ross was there — me and Ross, we spoke, we chopped it up — and Meek was right there.

“It was what it was. The shit happened. Ain’t nobody die. I’m over that.”

The tension between Meek and Safaree — who both dated Nicki Minaj — came to a head last year. In June 2017, Meek’s crew was accused of jumping Safaree during BET Awards Weekend in Los Angeles.

Footage of the fight shows Safaree in the middle of a conversation when Meek’s SUV pulls up. Meek opens the door and says, “What’s up?” and an off-screen commotion ensues. Once the camera is turned in Safaree’s direction, it’s clear he’s being attacked by several men.

Safaree later hopped on Instagram and insisted Meek was behind the attack, referring to him as a “bitch.”

With that behind them, it seems like Safaree is simply ready to move forward.