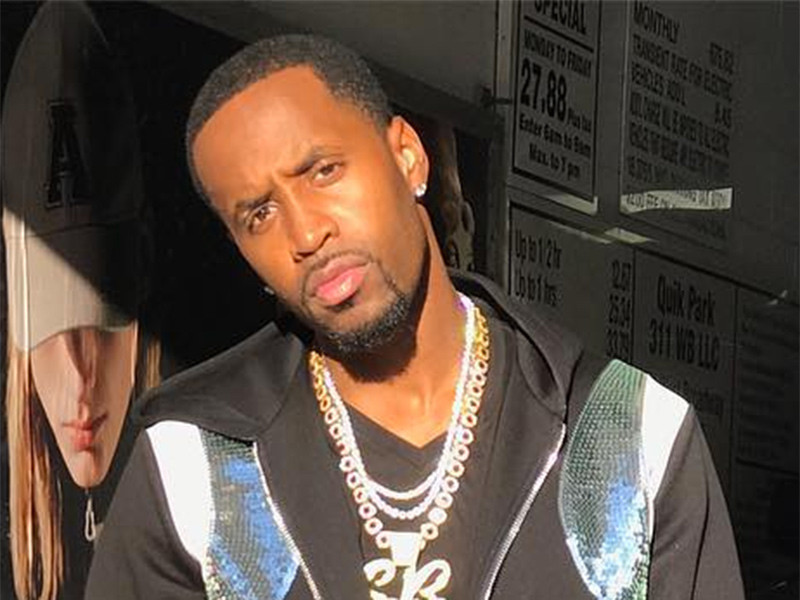 Rapper and Love & Hip Hop: Hollywood‘s Safaree Samuels was attacked — allegedly by members of Meek Mill’s entourage — outside of a DJ Khaled event at the Penthouse Nightclub in West Hollywood Friday night (June 23). After escaping his attackers, Safaree walked down the street cursing at Meek.

TMZ’s footage of the fight shows Safaree standing outside the club mid-conversation when Meek’s SUV pulls up. As Meek opens the door and says, “What’s up?” off-screen commotion ensues, followed by the camera turning to catch Safaree being attacked by several men. The men chase Safaree down the street as he flees before they turn their attention to another man for another few punches.

Safaree took to Instagram later that night, confirming the altercation and also giving an explanation of what happened. “Listen, straight up. I hopped out the whip. Saw Meek. He hopped out. Then I just got snuck. Niggas jumped me. A whole bunch of niggas. Meek, you are the biggest pussy on this planet.”

He continues to cuss out Meek, calling him “a bitch” and saying Meek was behind the attack. He also issues a challenge. “Meet me anywhere 1-on-1 out here while you out here this weekend being scared because you’re still running from the fucking Game and let me know what’s up. You bitch-ass nigga.”

#PressPlay : #Safaree explains what happened in the video (see previous post). He claims #MeekMill and crew jumped him at #DJKhaled #AngelBrinks party!

Meek seemingly responded with two posts on Instagram. In the first, he’s wearing a suit and tie with a caption saying, “I wish I would pay attention to these homeless n#%gas.” The second post shows Meek wearing a hoodie in the recording studio with the caption saying, “In the studio finishing my album … WINS & LOSSES!#theymakingupdistractions#imfocusedman.”

I wish I would pay attention to these homeless n#%gas

In the studio finishing my album … WINS & LOSSES! #theymakingupdistractions #imfocusedman

Tensions between the two rappers have been high for years after their romantic involvements with Nicki Minaj. After more than a decade of dating, Safaree and Nicki called it quits in 2014, and Safaree has indicated that Meek’s action had something to do with it. Meek and Nicki started dating in 2015 but broke up earlier this year.